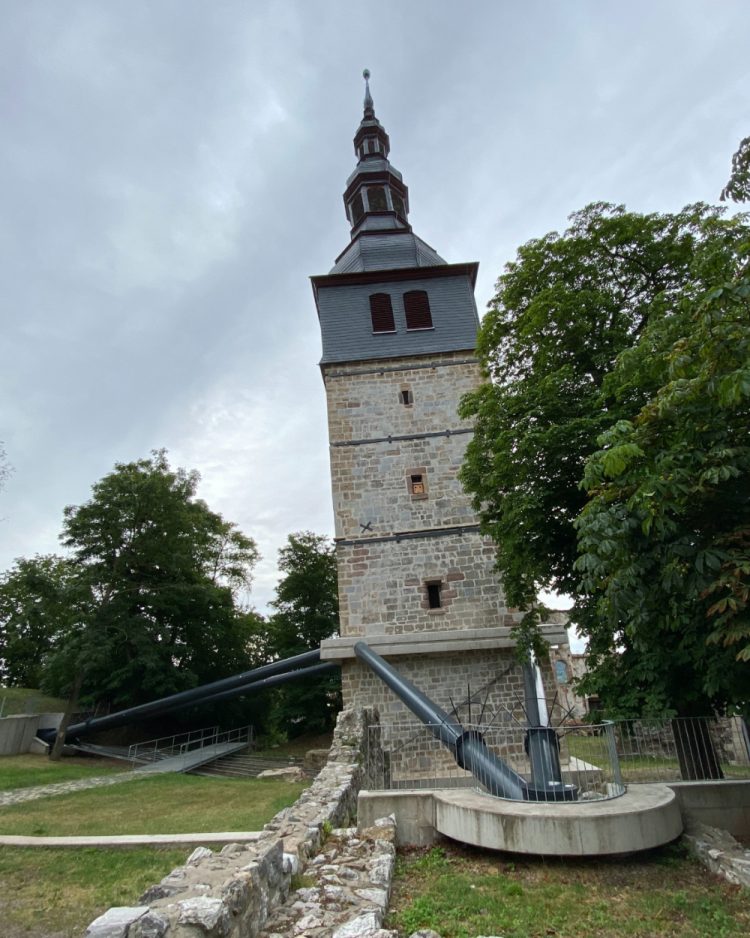 In the past decade, steel inserts secured the tower from the inside but the most import measures are the steel pipes and cables linked to reinforced concrete anchors that were fitted to the bottom of the tower. These are clearly visible and are in many ways the most impressive part of the tower.