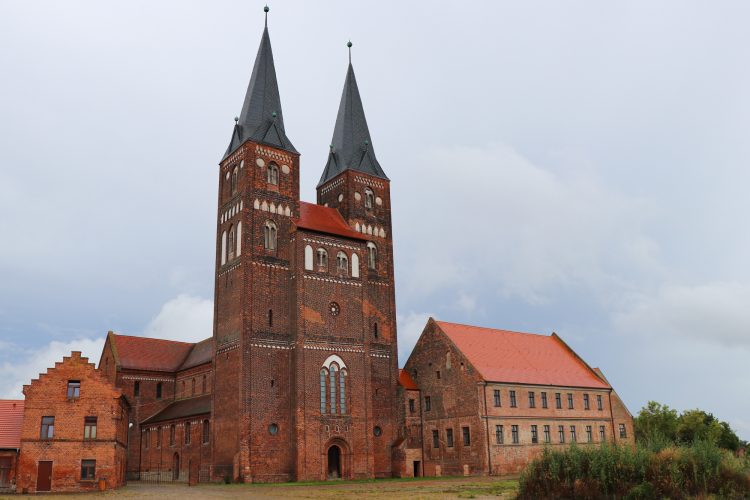 The basic triple-nave basilica was completed by 1172 and maintained its Romanesque original appearance almost unaltered to the present. The newest parts are the largely unadorned western facade and towers that were added between 1256 and 1262 in an early Gothic style. The top of the towers and roofs were only completed during the late 15th century.