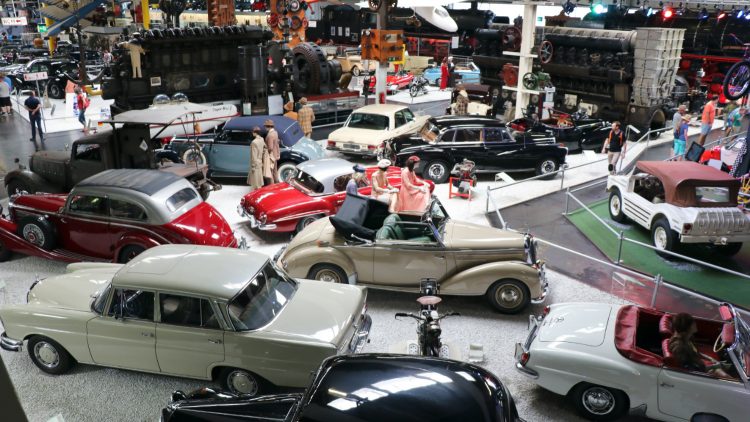 Some of the lesser Mercedes Benz cars in Sinsheim Museum of Technology. However, note the very rare 1937 Mercedes-Benz 540 K two-door limousine (left, red with grey roof). Although 419 cars were built on the 540 K chassis, only around 25 were with fixed roofs. Several cabriolets and a special roadster are in the museum too. Oddly enough, two-door limousine rather than coupe were used in stark contrast to the current trend for four-door “coupes”.