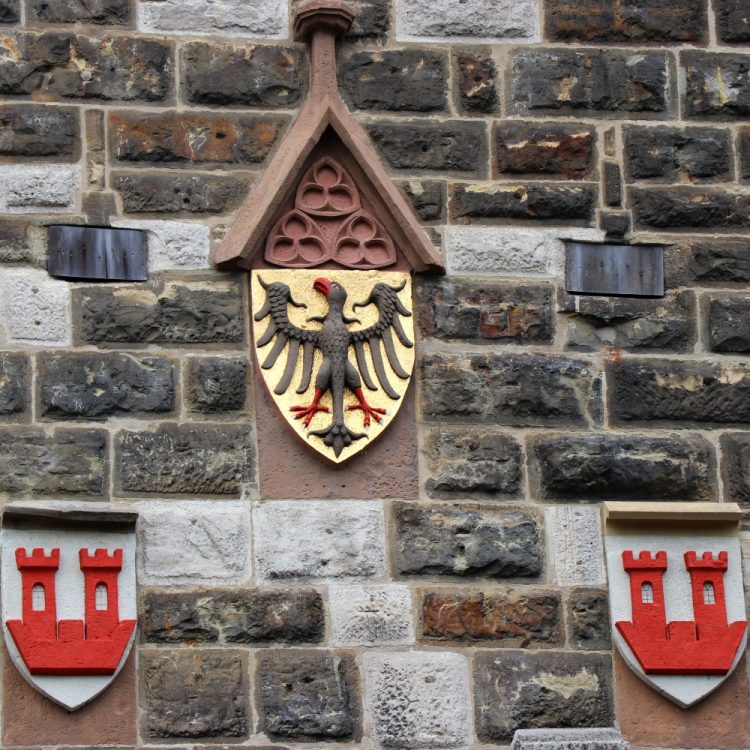 Most to the gates and towers display the shield with two red towers for Rothenburg ob der Tauber while the black eagle on a yellow background is for the Holy Roman Empire to indicate visitors enter a Free Imperial City, which Rothenburg was from 1274 until it was absorbed by the Kingdom of Bavaria in 1802. (The double-headed eagle was only in use after 1433.)