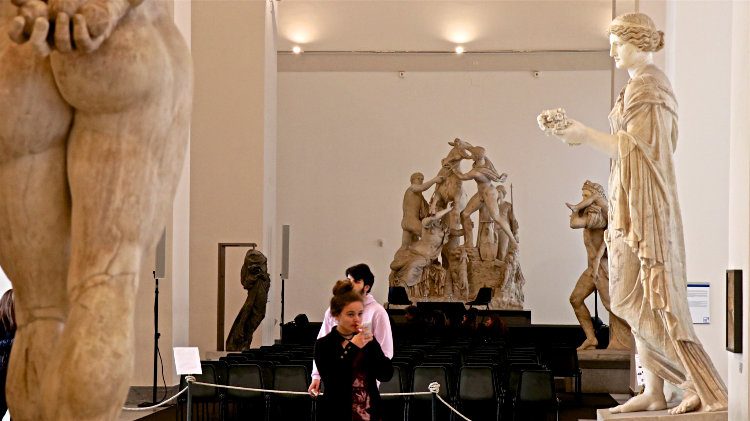 The Campania Arte Card in the 3-day total region (Tutta La Regione) versions gives free admission to two sites and up to 50% discount on 80 more, as well as unlimited public transportation in the Campania region around Naples.

The Farnese sculptures – Roman sculptures recovered from Rome through the centuries – are amongst the top attractions on display in the National Archaeological Museum in Naples. On the left, detail of Hercules holding the golden apples while the Farnese bull in the center is the largest single marble artwork from antiquity. To the right is the Farnese Lar, a Roman work from the 2nd century AD.

See More Pompeii Tours at Get Your Guide
Home » Italy » Save with the Campania Arte Card at Pompeii, Herculaneum and in Naples » Farnese Sculptures in Naples