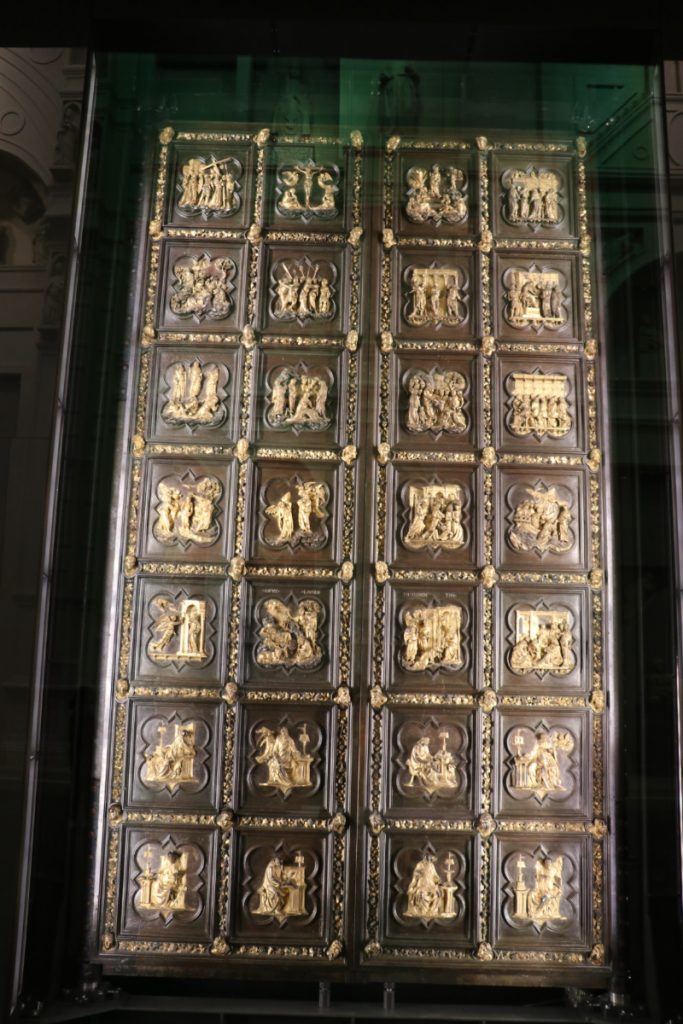 Ghiberti’s doors, now on the northern side, are also divided into 28 rectangles but are nearly a century newer than those of Pisano. It is often seen as one of the earliest Renaissance works despite the prescription that the scenes had to be framed in quatrefoil similar to the older Gothic doors.

Copies are on the baptistery now with these original doors on display in the museum.