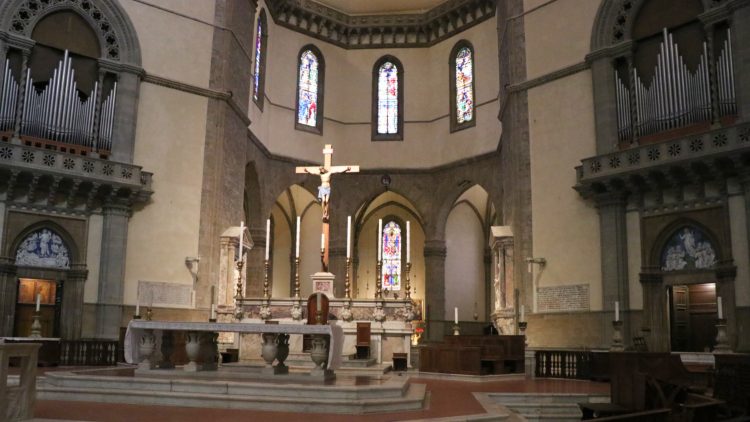 The current organ is from 1961 (expanded in 1991) by Vincenzo Mascioni with 107 stops and 6761 pipes. It has three consoles allowing the instrument to be played as five independent organs in five different parts of the cathedral.

The blue and white terracotta above the doors at the sacristy is by Luca della Robbia (around 1440).