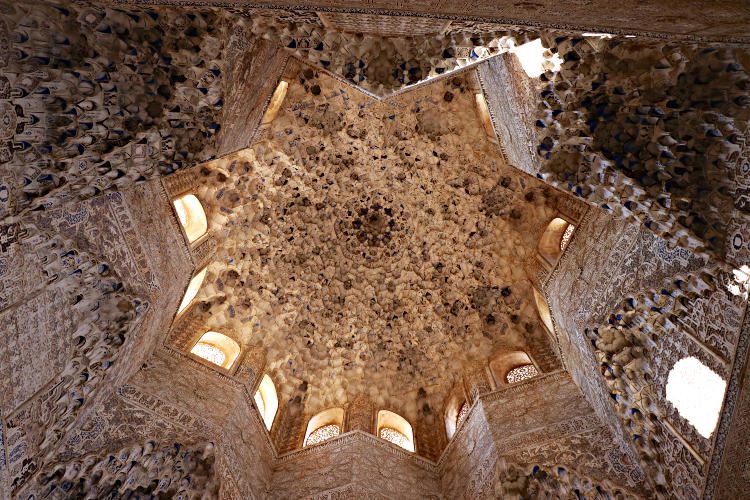 Honey-combed stucco ceiling in the Nasrid Palace in the Alhambra, Granada