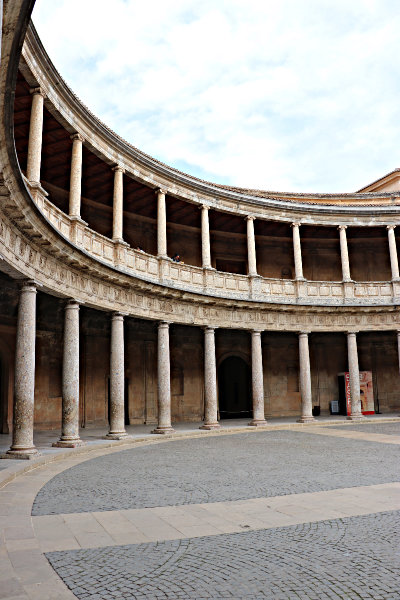 Palace of Charles V in the Alhambra in Granada