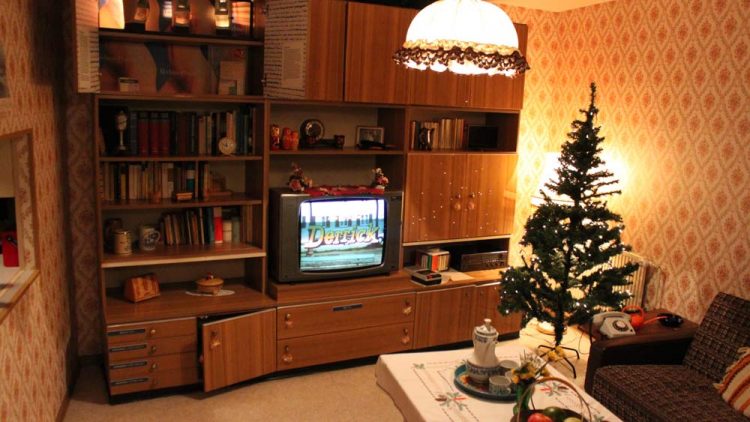 Visitors may enter and touch anything in the TV room typical from the DDR period in the DDR Museum in Berlin. Derick was a popular West German TV show that many were able in East Germany to receive to with modified aerials. Ironically, the main character was played by Horst Stappert, who after his death was discovered to have been in the SS leaving the German TV station with hundred of episodes it will never be able to rebroadcast.