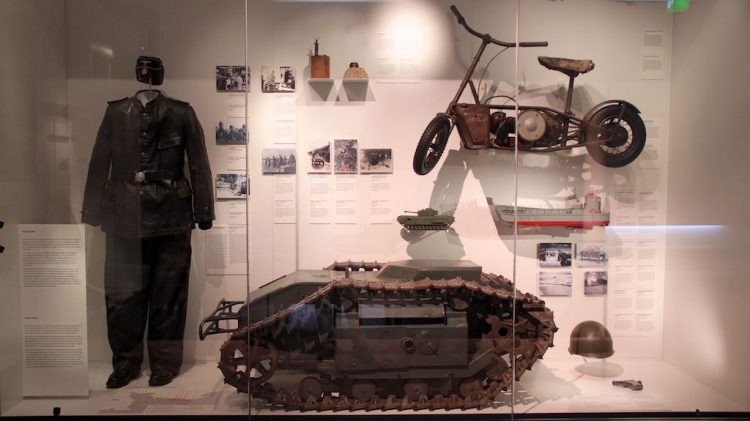 Front: The Goliath V, 1944, was steered by cable and could be used to position explosives to destroy bunkers and tanks. It was used with some success in Normandy.

Rear, right: British parachutist motor bike (Excelsior Mark 2 Welbike) – around 3,000 were produced for the invasion of Normany. It had a reach of 140 km and maximum speed of 50 km/h.