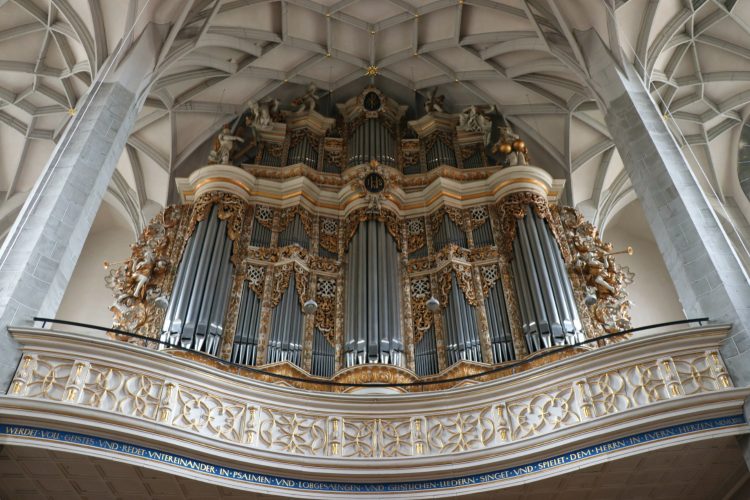 The 4170 pipes of the Schuke organ in the west side of the church are from a modern instrument. This main organ has 56 stops and is played on three manuals and a set of pedals. The largest pipe stands a stately 5 m tall while the smallest measures only 6 mm.

Johann Sebastian Bach (1685-1750) never played this organ, as it was installed in 1984, but he would recognize the historic organ case of Christoph Cuntzius. In 1713, Bach visited Halle to advise on the renovation of the organ, and although he turned down the job of organist that they had offered him, he visited again 1716 to do the final testing of the new instrument and to play at its inauguration. The organ case was originally made for this organ, although at the time it was still unpainted.