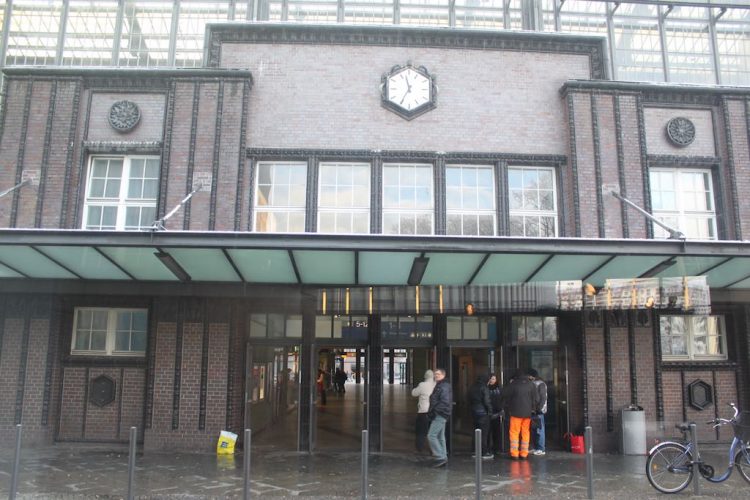 The Tränenpalast (Palace of Tears) was the departure hall at Friedrichstraße station for travelers departing from East Germany to West Berlin during much of the Cold War. It now houses an interesting free museum.

During the Cold War, a direct passage led from the Tränenpalast – from where this photo was taken – to the station. Although quite some way inside East Berlin, West Berliners could freely use much of Friedrichstraße station, as long as they didn’t try to leave it without going through the strict border controls.