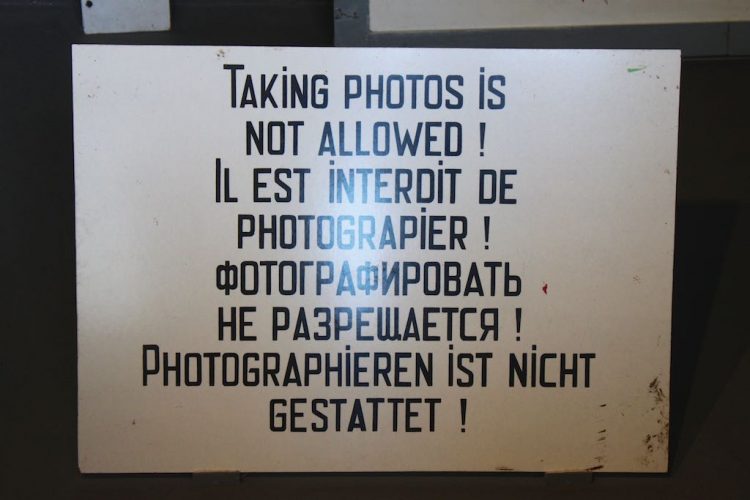 The Tränenpalast (Palace of Tears) was the departure hall at Friedrichstraße station for travelers departing from East Germany to West Berlin during much of the Cold War. Taking photos was strictly forbidden but the East German regime did film every nook and cranny of the building, as well as the outside area where farewells were said and tears shed.