Cheap Venice museum and city passes save time and money as skip-the-line priority admission tickets to top attractions and sights.

A variety of cheap Venice museum and city sightseeing passes allows visitors to save money and time when seeing some of the most popular sites in Venezia. Although many of the best sights in Venice are free, some of the top sites are expensive with long waiting lines at ticket windows. Museum and city passes provide for priority skip-the-queue access to the Doge’s Palace and many other popular sights. Advance online fast-track tickets are available for many top sights in Venice too but time-slot reservations are rarely used, except at Saint Mark’s Basilica. If time is limited, consider guided tours to ensure swift admission to top sights in Venice during the peak season.

Several museum passes are available to save on admission tickets and importantly on time spent queueing when seeing the top sights in Venice. Visitors with tickets use the priority access entrances but may still have to wait in security lines, or when the sites are full. Specific time-slot admission ticket reservations are not used in Venice. For visitors with limited time, guided tours are often the best option to ensure swift admission to the Doge’s Palace, Saint Mark’s Basilica, and other top attractions.

The museum passes below all include admission to the Doge’s Palace and the three civic museums on the Piazza San Marco (Correr Museum, National Archaeological Museum, Biblioteca Marciana). This combination is sometimes also referred to as the four museums of San Marco. Basic admission to all four is around €26 (separate tickets are not sold).

Venice museum passes offer good value if more sights than just the Doge’s Palace (around €26) are seen. No pass includes the popular Peggy Guggenheim Collection (almost €20) or San Marco Basilica (free for the ground floor but admission charged for the upper floor and the golden altar).

Save with Venice Museum Passes

The San Marco Silver City Pass (€45 at Tiqets) includes the Doge’s Palace, the three civic museums on St Mark’s Square, the Querini Stampalia Foundation, and any three of the 16 churches on the Chorus Circuit. It is valid for seven days. (A fairly similar 180-day version is available from Get Your Guide.)

Some examples of Venice museum passes with transportation travel cards:

The Venice City Pass with Public Transportation (ACTV vaporettos and buses) is available for 24, 48, or 72-hours from Get Your Guide. It includes skip-the-line access to the Doge’s Palace, the three civic museums, and the 16 Chorus Churches. If the Alilaguna Airport boat option is included, the return to the airport must be within 30 days of the first journey irrespective of the validity of the rest of the pass.

The popular water buses in Venice is a pricy €7.50 to €10.50 for a 75-minute ride (in one direction), which makes the day tickets at €23 a good deal and thereafter add roughly €12 for additional days (Tiqets or Get Your Guide). These passes include buses in Mestre and Marghera but not the ATVO airport buses or Alilaguna routes. Buying transportation passes from the local vending machines might be slightly cheaper and offer more options.

In Venice, public transportation tickets must be validated at the beginning of each trip, even for day passes.

Venice museum passes are easily bought online — on busy days, it may be faster to buy it online by phone rather than stay in the regular ticket queue. Mobile vouchers are usually accepted but in some cases, a paper printout may be required. Vouchers often need to be exchanged for the museum pass at either the first sight visited or at the Doge’s Palace. Passes that need to be collected at the Doge’s Palace may usually also be picked up at the Museum Correr where queues are invariably shorter.

It is NOT possible to activate passes at the Santa Maria Gloriosa dei Frari, even when this magnificent church is included in the pass.

Transportation passes are generally picked up by entering the PNR code into the yellow ticket machines. Tickets must be validated at the beginning of each trip, even for day passes. Alilaguna tickets must be exchanged at an Alilaguna ticket counter before boarding the first boat — the one at Marco Polo Airport at the boat departure pier is probably the most convenient for most travelers. Remember to validate the pass at the beginning of each journey!

For less hectic sightseeing in Venice, buy skip-the-line tickets for individual sights. Many allow for online purchases that save time and allow visitors to proceed directly to the priority admission line. Specific time-slot admissions are still rare in Venice.

Online skip-the-line tickets for top sights in Venice such as the Doge’s Palace, the Basilica di San Marco, and the Peggy Guggenheim Collection are great time savers while museum passes also allow for fast-track admissions and may give small savings.

See More Venice Tours and Activities at Get Your Guide
« Brand-Name Fashion Shopping at McArthur Glen Outlet Mall in Troyes, France
Visit the National Museum of Archaeology in Naples, Italy »
Home » Italy » Save with Venice Museum Passes on Admission Tickets and Queuing 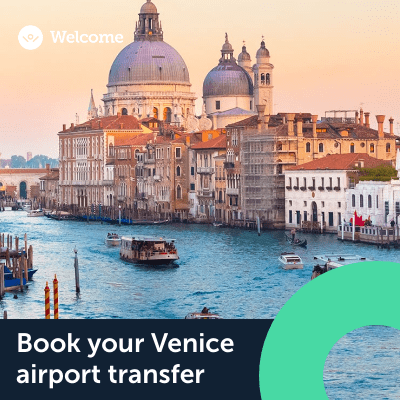