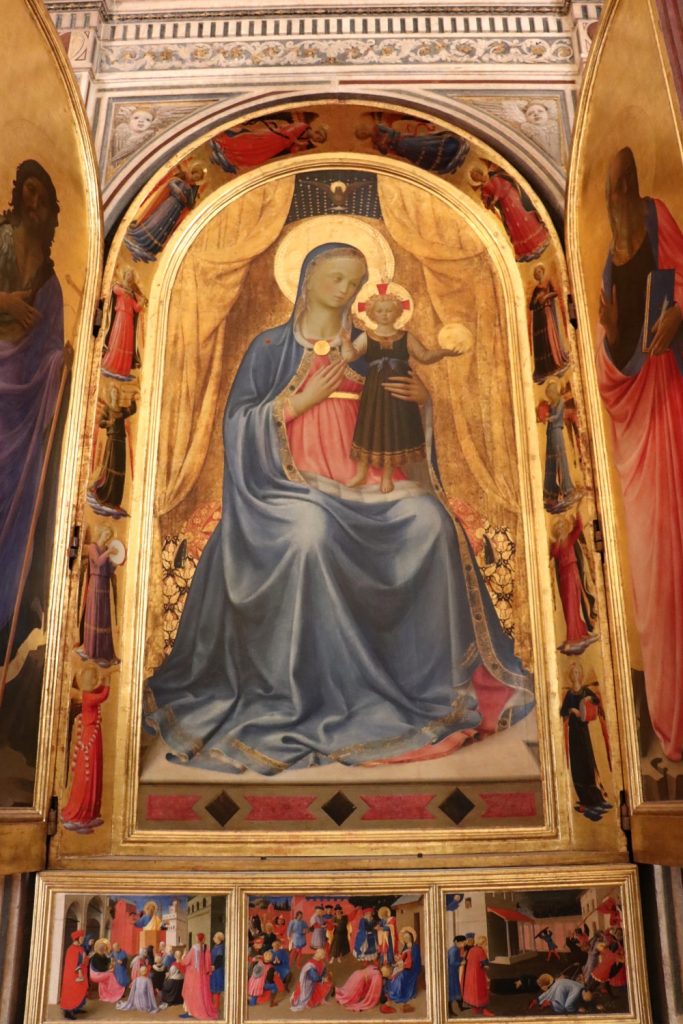 The three predella panels show St Peter dictating the gospel to St Mark, Adoration of the Magi, and the Martyrdom of St Mark.