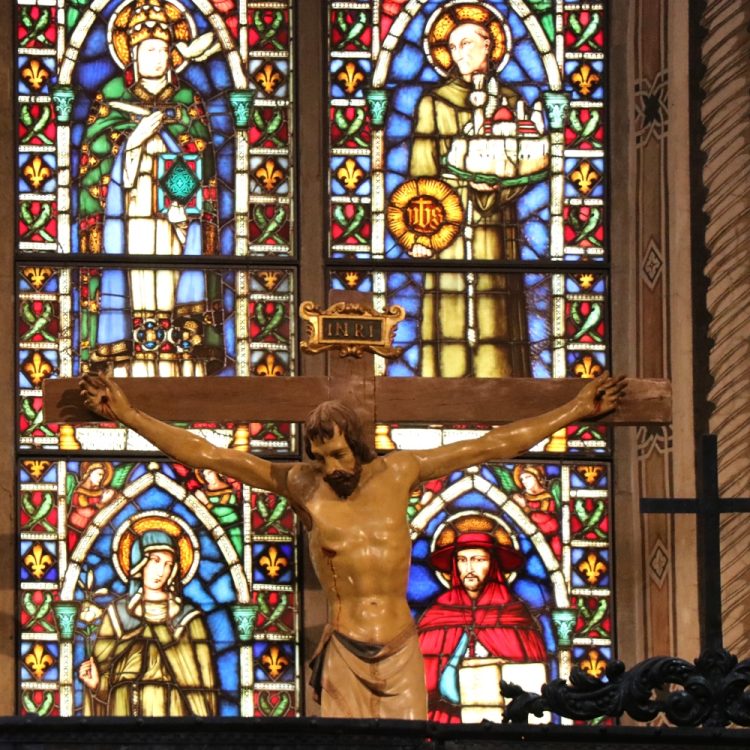 In the chapel at the left end of the transept of Santa Croce in Florence, is a painted carved wooden crucifix by Donatello (1408-10). According to Vasari, Brunelleschi described it as a peasant on the cross. Challenged by Donatello to do better, Brunelleschi, who rarely carved sculptures, produced the sublime idealistic crucifix that now hangs in the Santa Maria Novella. Donatello reportedly dropped the eggs he was carrying when he first saw the masterpiece.