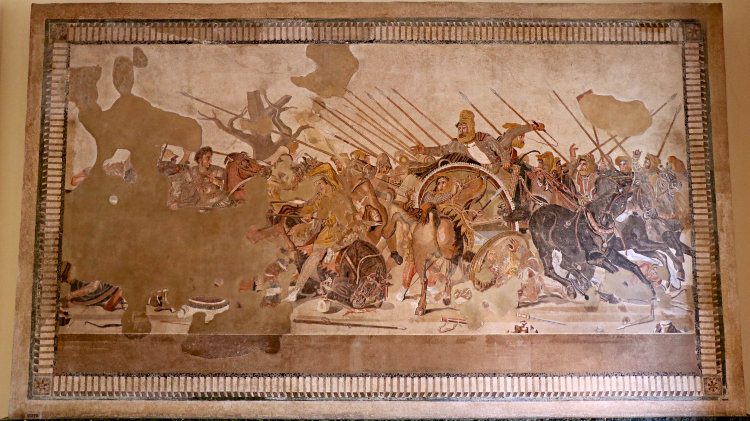 The Alexander the Great Mosaic from the House of the Dancing Faun in Pompeii is one of the highlights in the National Museum of Archaeology in Naples.

See More Naples and Pompeii Tours at Get Your Guide
Home » Italy » Visit the National Museum of Archaeology in Naples, Italy » Alexander the Great Mosaic