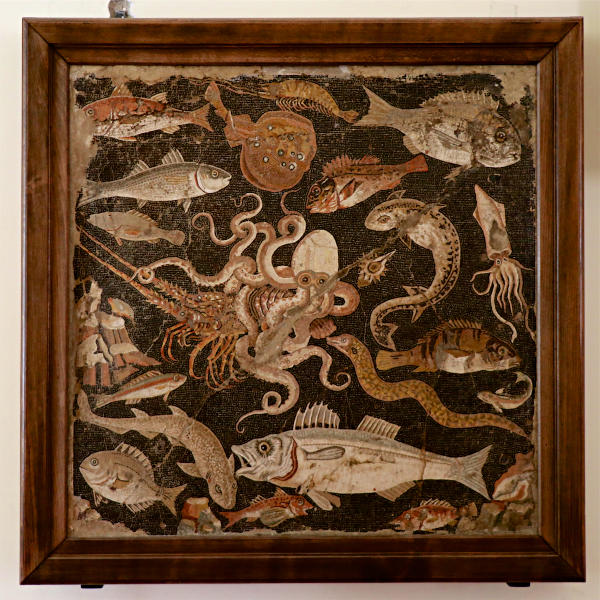 The so-called Fish Catalogue Mosaic from the House of the Dancing Faun in Pompeii is on display in the National Museum of Archaeology in Naples .