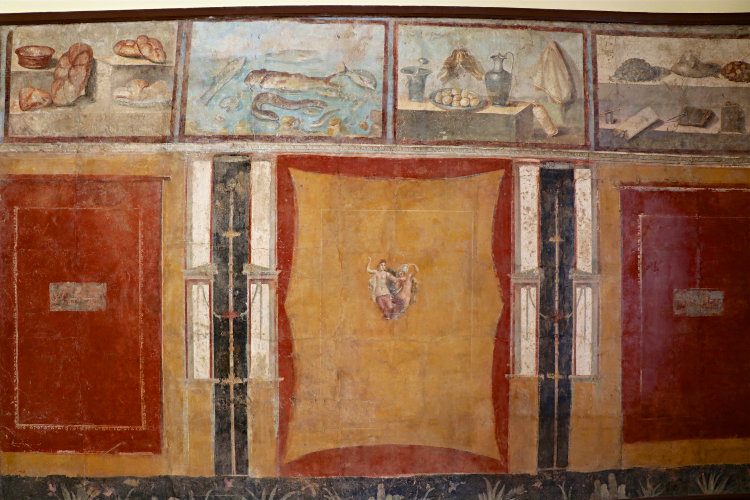 Frescoes in the National Museum of Archaeology in Naples show how colorful house were painted in Pompeii and Herculaneum.