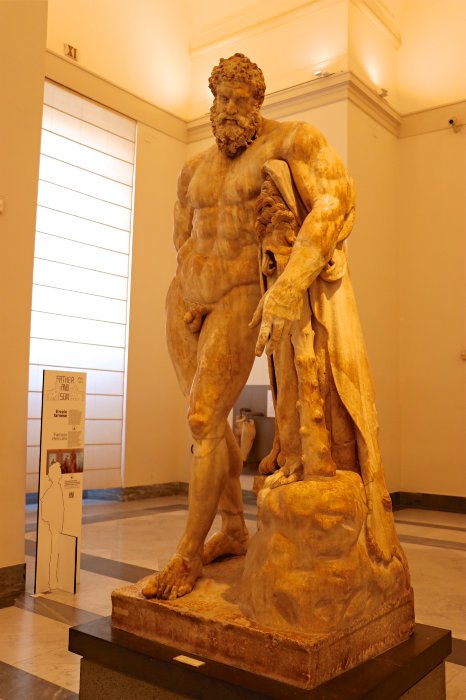 The marble Hercules in the National Museum of Archaeology in Naples is copy of a Greek bronze. The statue was excavated in Rome but originally found without lower legs. His original legs were later found and restored to the sculpture – the less muscular calves that was used in the mean time are now on display against the wall behind Hercules.
The best artworks from the excavations of Pompeii and Herculaneum, including mosaics and frescoes, are on display in the National Museum of Archaeology in Naples. The Campania Arte Card is fantastic savings deal that cover public transportation in the Naples region – including the Circumvesuviana commuter train from Naples Garibaldi station to Ercolano (for Herculaneum) and Pompei-Scavi Villa dei Misteri station (of the excavations of Pompeii), as well as the metro in Naples.