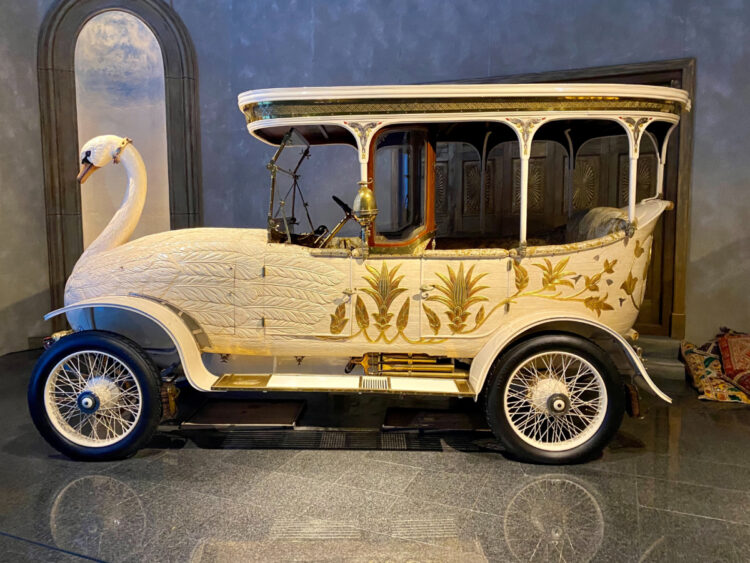 1910 Brooke Swan Car in the Louwman Museum in The Hague.

It was used in Calcutta by a wealthy Scott. Special features other than the visually obvious, included glowing eyes for the swan, an exhaust-driven, eight-tone Gabriel horn, a ship’s telegraph to give instructions to the driver, brushes to clean elephant dung off the wheels while driving, and a special system to spray steam from the swan’s beak to clear the roads.

In 1993 the Swan won the Montagu Prize at the prestigious Pebble Beach Concours d’Élégance in California, so it is officially classy rather than kitch.