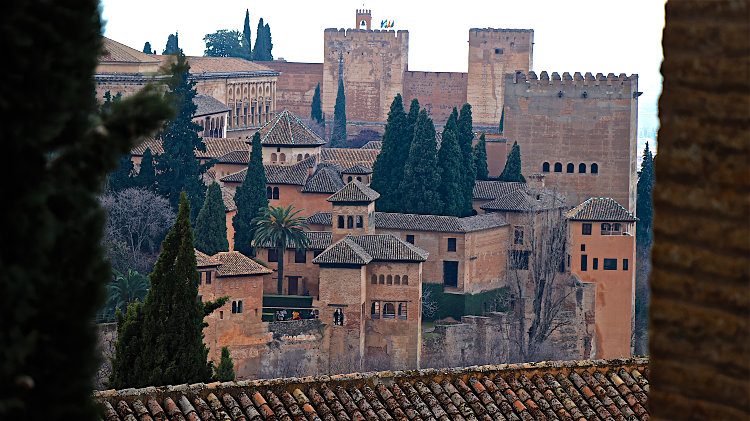 Nasrid Palaces and the Alcazaba of the Alhambra seen from the Generalife Palace in Granada.