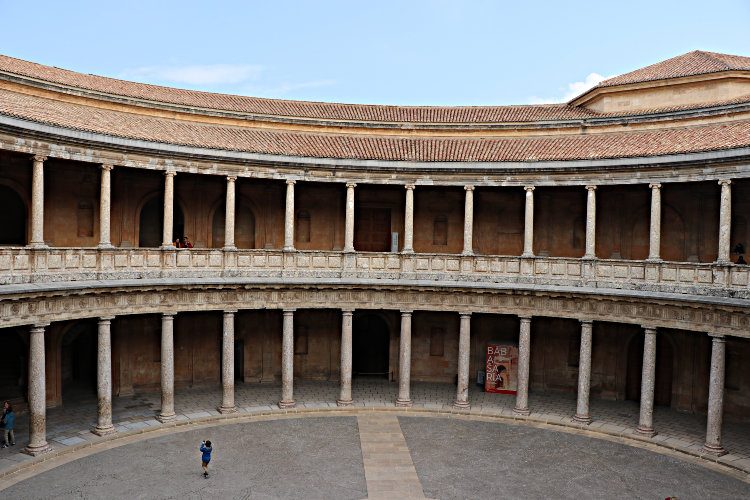 Renaissance Palace of Charles V in the Alhambra – the planned dome was never completed as the royal court moved to El Escorial near Madrid.