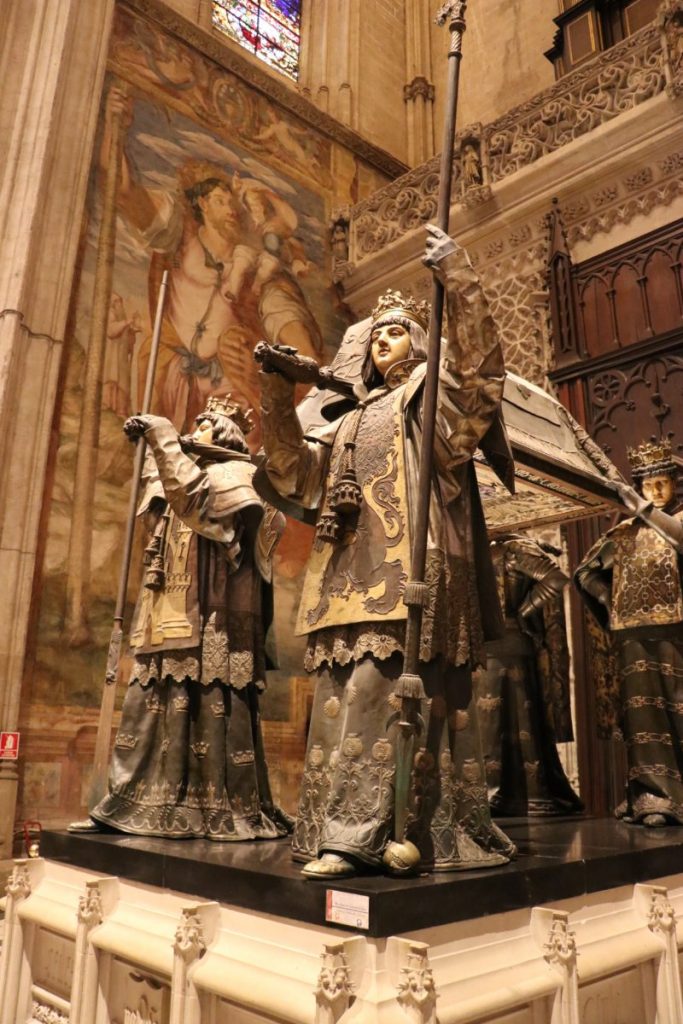 The tomb of Christopher Columbus (1451-1506, Cristobal Colon in Spanish) was only erected early in the 20th century after his remains returned to Seville from Cuba. His coffin is carried by life-size pall-bearing statues representing the kingdoms of Castile, Leon, Aragon and Navarre.

The painting on the wall reminds that the door is name after Saint Christopher the patron saint of travelers, not the great explorer.