The Nobel Museum in Stockholm is a small museum on a big noble subject. Unfortunately, it is rather underwhelming and disappoints. 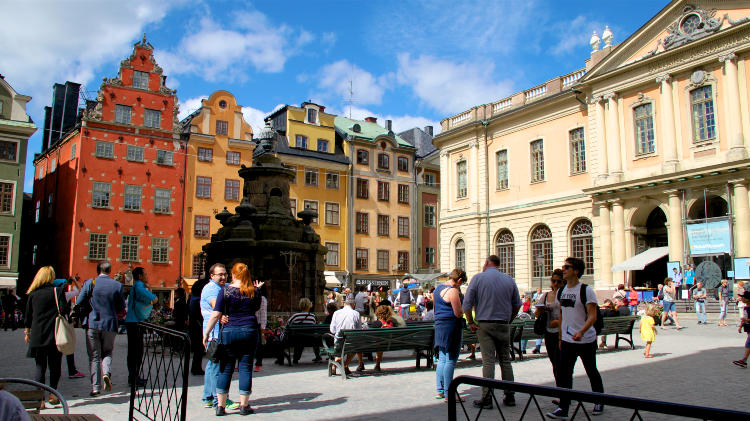 The Nobel Museum in Stockholm is dedicated to the Nobel Prize and Laureates. Small displays cover Alfred Nobel, the Nobel Prize ceremony and artifacts donated by Nobel Prize winners. Current and past Nobel Prize winners are honored through display panels and touch screens. Unfortunately, the information is not particularly detailed or imaginatively presented. The museum is certainly worth a quick visit but not if the high full admission is payable.

The Nobel Museum in Stockholm 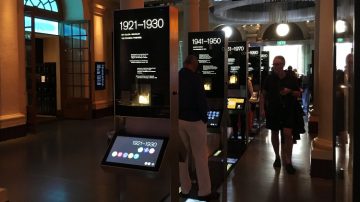 The Noble Museum is a rather small museum on the ground floor of the beautiful 18th-century former stock exchange building on the lovely Stortorget Square in the heart of old town Stockholm. The rest of the building is used by the Swedish Academy that awards the Nobel Prize in Literature.

A small section in the museum explains the life of Alfred Nobel (1833-1896), the inventor of dynamite, who left his fortune to finance the Nobel Prizes in physics, chemistry, physiology or medicine, literature and peace. (A prize in economics were added in 1968 and is financed by the Swedish Riksbank.) 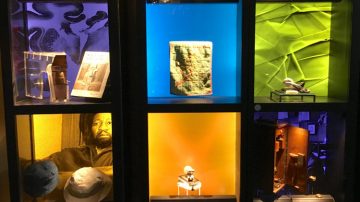 Further displays cover selecting the Nobel laureates, the Nobel Prize ceremonies and sometimes controversial Nobel banquets. Bob Dylan famously failed to attend in 2016 while Mother Teresa requested the banquet to be cancelled and money donated to the poor. (The Peace Price is awarded in Oslo while the other prizes are awarded in Stockholm.) 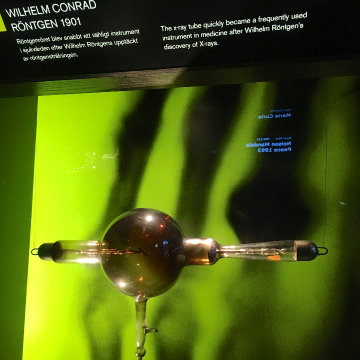 The museum has a growing rather eclectic collection of artifacts donated by various Nobel laureates – many items not necessarily directly related to the fields of expertise. These include for example the death mask of Boris Pasternak, a Go-set of Bengt Holmström and a bicycle used by economist Amartya while collecting data in rural West Bengal.

Much of the rest of the museum is taken up by touch screens and printed posters with rather basic information on the prizes and Laureates.

Is the Noble Museum in Stockholm Worth Visiting?

Local history museums and country houses of minor nobility often give visitors the impression of much about very little. The Nobel Museum in Stockholm does the reverse: very little about potentially a lot. (It is a tract it unfortunately shares with the equally underwhelming Nobel Peace Center in Oslo and Red Cross Museum in Geneva.)

The museum is rather small with the information on offer not particularly detailed or unique. Free fast wifi makes it easier to look up information on your own phone rather than having to wait a turn or study the limited information on the touch screens. Many may find a few hours on Wikipedia more rewarding.

If using a Stockholm Pass, or visiting on Tuesday evenings when admission is free, the museum is absolutely worth seeing. However, visitors paying the full admission fee are likely to feel cheated. Either way, it is hard to leave this museum without feeling it should have been so much more.

The museum will eventually move to the Nobel Center but it is not due to open before 2020 at the earliest.

Opening Hours of the Nobel Museum 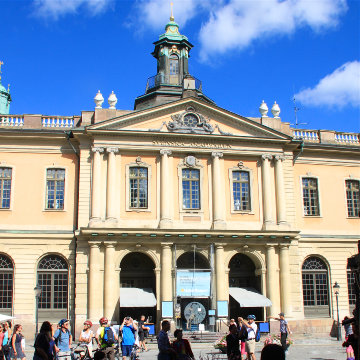 The museum is open most holidays but not over Christmas, New Year’s or Midsummer.

Tickets for the Nobel Museum

Admission to the Nobel Museum is a rather pricy SEK120 but free for children under 18. Students and seniors (+65 years) pay SEK80.

The Stockholm Pass is accepted.

Transportation to the Nobel Museum

The Nobelmuseet is conveniently located in the former Börshuset (Bourse building) on the picturesque Stortorget square in the heart of the Gamla Stan old town of Stockholm. Many visitors to Stockholm will pass by here sooner or later. The nearest metro stop is Gamla Stan while the Slussen ferryboat stop is nearby too. Driving is not advisable.