The Stockholm Pass is a good deal to save on sightseeing and museum entry tickets, transportation and cruise boat excursions. 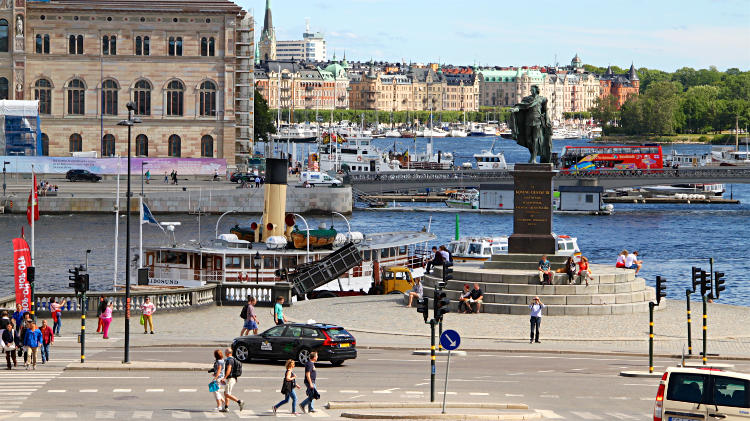 Save on Sightseeing and Tours with the Stockholm Pass

The Stockholm Pass is a typical city visitors pass that included admission to around 60 sights and tours. The pass covers most of the top tourist sights in Stockholm but it does not include public transportation – something that is easily added separately. The Stockholm Pass works best during the high season – during winter and colder months, many of the tours may not be running or limited departure times require more exact planning.

The Stockholm Pass is available for adults or children in 24, 48, 72 and 120-hour versions. The longer passes give the better value.

Stockholm Pass savings are generally the biggest when transportation is part of the deal. E.g. a cruise and admission to the very popular Drottningholm Palace is near SEK500 while Hop-On, Hop-Off boats and buses are SEK400. Most boat cruises to the islands in the archipelago or sightseeing in Stockholm are at least SEK200.

The Stockholm Pass isn’t cheap but neither are admission fees to major sites in Sweden. Adult tickets are for example SEK130 for the Vasa Museum, SEK160 for the Royal Palace, SEK100 for the Nordic Museum, SEK60 for the Storkyrkan Cathedral, and SEK180 for the Skansen Open-Air Museum.

A further advantage of the Stockholm Pass is that it encourages visits to smaller sights too, especially as many sights in Stockholm are rather pricy for what is on offer. The Nobel Museum (SEK120) is a prime example of a sight worth a short visit but not the high admission price.

Sights Not Included on the Stockholm Pass

The Stockholm Pass covers virtually all major sights in Stockholm with the noticeable exception of the rather pricy (SEK250) ABBA The Museum that requires time-slot admission tickets.

Also note that some major museums have free admission for all including for example the Swedish National History Museum, the Royal Coin Cabinet, the Royal Armory, the Modern Art Museum and the Maritime Museum (but not Vasa).

It may be sensible to buy the Stockholm Pass for at least a day fewer than a visit to Stockholm will last to see the free or not included sights.

Children passes for 6 to 15 year olds are cheaper but note that admission is free to many sights for children any way.

Public transportation is not covered by the Stockholm Pass but before adding the Travel Card option consider whether public transportation will be used much. Central Stockholm is small and imminently walkable with the included hop-on, hop-off buses and boats during the high season probably offering sufficient options to visit most sights.

The Stockholm Pass is a plastic card without a smart phone or electronic option. The first date of validity must be entered on the card, so make sure the seller don’t add the current date if only planning to start using it on a later day.

The validity of the card starts from the moment of first use when it is scanned by a museum or similar attraction. The card gives one admission to each attraction so later returns are not possible.

The Stockholm Pass could also be extended for free by a few hours: enter a major museum such as Vasa or Skansen or board a boat in the last hour of validity. (This tip does not work on public transportation where the ticket must be valid at time of exit.)

At most sights, visitors must still pass by the ticket counter to pick up a paper ticket. However, at major sights such as the Vasa Museum and the Royal Palace, Stockholm Pass holders may go straight in.

For most boat excursions, a ticket must be picked up in advance from the operators’ relevant ticket office.

Child passes (6 to 15 years inclusive) are half the price of adult passes.

Adding a travel card for travel on Stockholm public transportation is:

The Stockholm Pass and Stockholm Card are completely separate so the travel card may be added at will and could be bought at any metro station if required. Other time periods options are also available.

Buying the Stockholm Pass in advance is possible from several resellers online such as Get Your Guide with online discounts sometimes offered. However, if delivery is not included, these vouchers must still be exchanged for a physical card at specific exchange centers that may be at inconvenient locations or with inconvenient opening hours. It may be much simpler to buy the Stockholm Pass at nearly any hotel in Stockholm and have it ready for use.

See All Stockholm Tours and Activities