Cheap tickets and low prices are available on low-cost airlines flying to Salzburg Mozart Airport (SZG), Austria. The lowest fares are from London, the UK, and Germany. 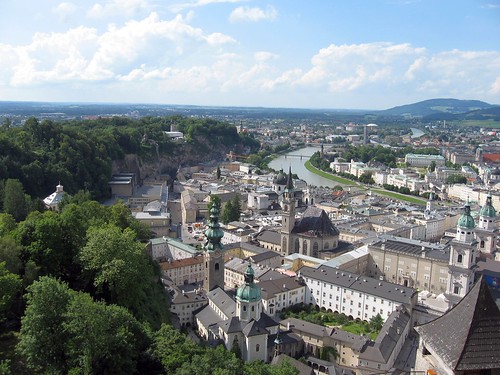 Low fares and cheap tickets are available to travelers flying to Salzburg’s W A Mozart Airport (SZG) from various European destinations. The number of flights and destinations served are particularly big from London, the UK and Germany but many other European and especially Scandinavian airports can also be reached on direct flights.

Cheap Flights to Salzburg Airport (SZG) from the UK 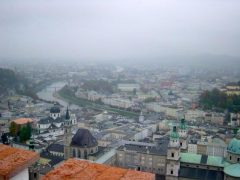 British passengers have a wide choice of cheap flights on low-cost airlines flying from various cities in Britain to Salzburg Airport (SZG). Airlines flying to UK destinations from Salzburg during the winter season include:

The Austrian Alps is a favorite destination for German skiers so many German cities see flights to Salzburg.

Flights to Salzburg Airport (SZG) from Other European Cities

Several other European cities can be reached on non-stop flights from Salzburg (SZG) – many flights are seasonal though:

Salzburg Airport is easiest reached by car from Autobahn A1, exit Flughafen – an Austrian Autobahn Vignette is compulsory. Driving time from Salzburg old town and station is about 15 minutes. Drivers without the vignette can use the Innsbrucker Bundestraße B1from downtown Salzburg or from Germany.

The best and cheapest way to reach Salzburg Airport is by public bus. Bus line 2 connects Salzburg Flughafen (Airport) and Hauptbahnhof (Main Train Station) up to 6 times per hour in 20 minutes. Bus 10 travels to SAm via Salzburg town center every 10 minutes or so on work days. The bus fare for either is €2.30.