Weeze Airport (NRN) is used by low-cost airline Ryanair. Passengers trade off cheap tickets and low airfares for a rather inconvenient location to the north of Düsseldorf. 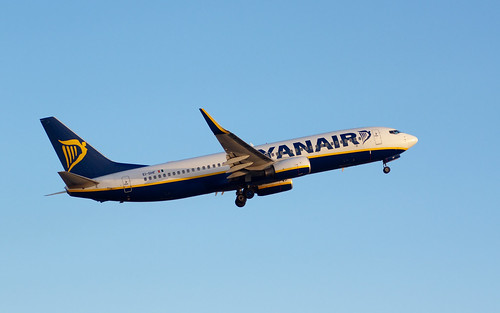 Airport Weeze (NRN) is a small regional airport 70 km to the northeast of Düsseldorf. It is close to the Dutch border and around 30 km from Nijmegen in the Netherlands. It is often advertised as an alternative airport to Flughafen Düsseldorf (DUS) but low-cost airline travelers should note that Weeze Airport is rather inconvenient for travelers to Düsseldorf and many other Ruhr cities. Suntransfers provides online quotations for transfers to any destination in Germany and the Netherlands.

Weeze Airport can easily be reached by road, which makes it popular with the around 10 million people living within an hour’s drive of the airport. For non-residents not planning to rent a car, getting to and from Airport Weeze can be more of an ordeal.

Weeze Bahnhof in the town Weeze is the closest railway station to Airport Weeze. The station can be reached hourly on weekends and twice hourly on weekdays on the regional train from Düsseldorf to Cleve via Krefeld. Krefeld has good railway connections to Aachen, Maastricht, and Cologne (Köln) as well as Ruhr cities Duisburg, Oberhausen, Essen, Bochum, and Dortmund. Other connections are best made at Düsseldorf Hauptbahnhof, which is just over an hour’s ride from Weeze.

Suntransfers can provide instant online quotations for taxi and minibus shuttle van transfers from Airport Weeze to any destination in Germany or the Netherlands. Such private transfer services may be of use to small groups, especially when traveling to destinations not readily served by public transportation.

Airport Weeze is clearly not the most convenient airport to Düsseldorf but for many travelers the cheap tickets on low-cost airlines make the inconvenience of the cumbersome ground transportation bearable. In contrast, getting to Düsseldorf International Airport (DUS) is a shining example of efficiency and simplicity. For travelers heading to destinations further south in the Rhinelands, Cologne-Bonn Airport (CGN) has many more cheap flights.