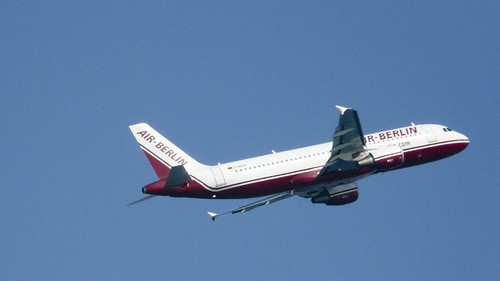 Düsseldorf Flughafen (DUS) is just outside Düsseldorf and can easily be reached on public transportation. It is Germany’s third busiest airport with many low-cost airlines but also numerous intercontinental flights. Düsseldorf Airport is a major hub for Lufthansa as well as low-cost airline LTU and airberlin. Düsseldorf is convenient to many Ruhr cities including Essen, Duisburg, and even for other Rhineland cities such as Cologne (Köln) or Bonn. Trains provide cheap and fast ground transportation to Düsseldorf and other Ruhr cities.

Cheap Flights on Other Low-Cost Airlines from Düsseldorf Airport (DUS)

Lufthansa uses Düsseldorf Airport as its third German hub after Frankfurt and Munich Airports. It has a wide range of direct flights as well as seamless connections through especially Frankfurt Airport.

Düsseldorf Airport is easily reached via numerous transportation options from downtown Düsseldorf and beyond.