The Picture Gallery of the Academy of Fine Arts in Vienna will commemorate the 500 years anniversary of Bosch’s death with three special events in 2016.

The 500th anniversary of the death of the early Netherlands painter Hieronymus Bosch will be celebrated with three events in 2016 at the Gemälde Galerie of the Akademie der bildenden Künste Wien in the Austrian capital Vienna. Events will include a special multimedia show as well as two special art exhibitions with Bosch’s The Last Judgment as main motive.

The Dutch painter Hieronymus Bosch (c. 1450 – 1516) is famous for his fantasy paintings and strong, some would say disturbing, imagery. Only around 20 paintings can positively be identified as his work but he greatly influenced art in the 16th century. His most famous work is arguably The Garden of Earthly Delights that now hangs in the Prado in Madrid.

However, the Academy of Fine Arts in Vienna also has a famous large triptych by of Hieronymus Bosch: The Last Judgment. This triptych shows the fall of man in the Garden of Eden on the left panel, the Last Judgment at the center, and hell on the right panel. As is often the case, the damnations of hell were more fun to paint with the punishments of the wicked flowing over onto the lower sections of the central panel too.

Hieronymus Bosch’s The Last Judgment is usually on show in the Picture Galley of the Academy of Fine Arts in Vienna. A copy painted by Lucas Cranach is on display in the Gemäldegalerie in Berlin.

500 Years of Hieronymus Bosch in Vienna

The Picture Gallery of the Academy of Fine Arts in Vienna will arrange the following three events to commemorate the 500-year anniversary of the death of Hieronymus Bosch:

The Hieronymus Bosch – just happening, Video Dance Visions, is part of the Dancing Museums EU dance project. International choreographers and dancers will transform the Picture Gallery into a multilayer experience with video installations that open new angles to explore the artworks of the Old Masters collection. The power and monstrous creatures in Bosch’s The Last Judgment provide ample inspiration and endless possibilities.

Hieronymus Bosch – just happening is held from 10 May to 12 June 2016 in the Old Masters collection of the Picture Gallery. 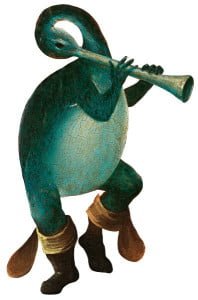 Nature gone astray? will be a more traditional art exhibition. Here the focus is on the terrifying and other-worldly creatures so graphically depicted in The Last Judgment. The exhibition will present strange visions depicted in art from the Middle Ages to the present. Not only Bosch’s half human half animal depictions but also bestial new creations, chimeras, goblins and other monsters represented a departure from established ideas of natural beauty. Works on show will range from 15th century illuminations to the present with an emphasis on 16th and 17th century graphic printing and painting.

Nature gone astray? is on show in the Picture Gallery from 26 August to 30 October 2016. 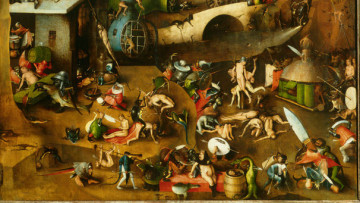 Hieronymus Bosch 500: The Last Judgment in Vienna will place the emphasis on Bosch himself and his famous triptych painting in Vienna. The exhibition will try to explain the secrets and unanswered questions surrounding this extraordinary work and to cast fresh light on the patron and history. In addition to The Last Judgment triptych, further works by Bosch, his studio and successors will be on display.

Hieronymus Bosch 500: The Last Judgment in Vienna, is on show from 14 December 2016 to 26 February 2017. It coincides partly with the Christmas market season in Vienna but no amount of Glühwein will ever induce visions similar to that of Bosch.

Visit the Picture Gallery of Fine Arts in Vienna

Admission is usually €8, but €5 for seniors over 65 and students up to 27. Admission is free for children and young adults younger than 20.

The Picture Gallery is open Tuesday to Sunday from 10 am to 6 pm. The museum is closed on December 24 and 25 and January 1.

For other special exhibitions in Vienna in 2016, see also: