Renaissance chateaux are to many the best sights and main attractions of the French Loire Valley. Historic cities such as Orleans, Tours, Blois, and Amboise are worth seeing too. 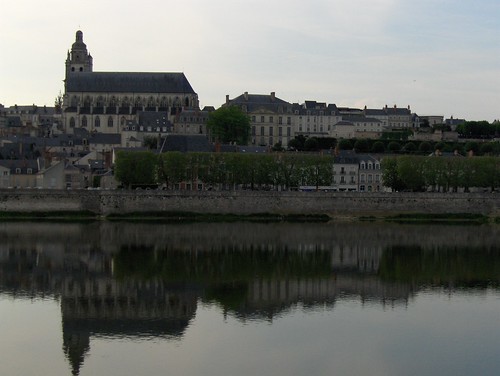 The historic towns and châteaux of the Loire Valley are popular sightseeing destinations for travelers to France. The Loire Valley played host to French kings and noblemen during the fifteenth and sixteenth centuries when the court stayed at various palaces along the Loire. Paris and Versailles only became the centers of political power in France from the end of the sixteenth century onwards.

The Loire Valley is attractive year-round but May and June are probably the best months to visit. During July and August, the water levels of the Loire River are unattractively low while the number of visitors and hotel prices are sky-high. Autumn months, especially September, can also be very beautiful but the weather is less reliable than in June for outdoor activities.

Orleans and Tours in the Loire Valley, France

Orleans and Tours both served as the capital of France at some stages during France’s long and often turbulent history. Both Orleans and Tours were severely damaged during various wars and are thus less interesting to visit than their histories may suggest.

Orleans was destroyed violently several times between Julius Caesar’s conquest in BC52 and the Second World War. Attila the Hun and the English did their worst while domestic religious wars did not spare Orleans either.

The Cathedral Sainte-Croix is the best-known site in Orleans. It is a neo-Gothic reconstruction of the original church destroyed by the Huguenots in 1568. Marcel Proust considered the odd exterior to be “quite the ugliest” church in France but the interior is impressive and worth seeing.

Many travelers find Tours a more pleasant city to visit. As in Orleans, the most impressive building in town is a church. However, the Cathedral St Gatien in Tours is one of the finest churches in France. Construction started in 1239 but dragged on for two and a half-century. As a result, some early Renaissance features can be seen in the otherwise Gothic design. Note the stained-glass windows – they are thirteenth-century originals.

Blois has a pretty old town but few visitors venture past Château Blois. This is not entirely surprising as Chateau Blois is an impressive sight and towers over the town and the Loire Valley. Blois served as a principal royal residence until Henry IV moved the French royal court and center of political power back to Paris at the end of the 16th century.

Château Blois’ is a mixture of several architectural styles as many of it royal inhabitants expanded it to place their own taste and stamp on the principal palace of the French kings. The royal fleur-de-lis features prominently as do the porcupine of Louis XII and the fire-breathing salamander of Francis I.

The most interesting architectural elements to see in Chateau Blois are the Gothic courtyard with an early Renaissance octagonal staircase constructed by King Francis I during the early sixteenth century. Much of the wall decorations are original but the furniture is mostly of the period but not originally part of the palace. Also, note the secret cabinets in the walls of the study of Queen Catherine de Medici’s study.

Amboise is a small town of around 12,000 and a pleasant base for travelers relying on public transportation for seeing chateaux in the Loire Valley.

The Gothic and Renaissance Château d’Amboise was once an important royal palace. However, the present chateau is only a third of the massive complex that housed the royal family during the sixteenth century. FrenchKing Charles VIII (1483-98) died here, after hitting his head against a low doorway.

Leonardo da Vinci lived his final three years in the nearby Clos-Lucé palace as guest of King Francis I. This palace is furnished with period items, sketches, and working models of Da Vinci designs. Da Vince is probably buried in the Gothic chapel St Hubert.

Three of the most popular chateaux in the Loire Valley – Chambord, Cheverny, and Chenonceau – are in the countryside not far from Blois.