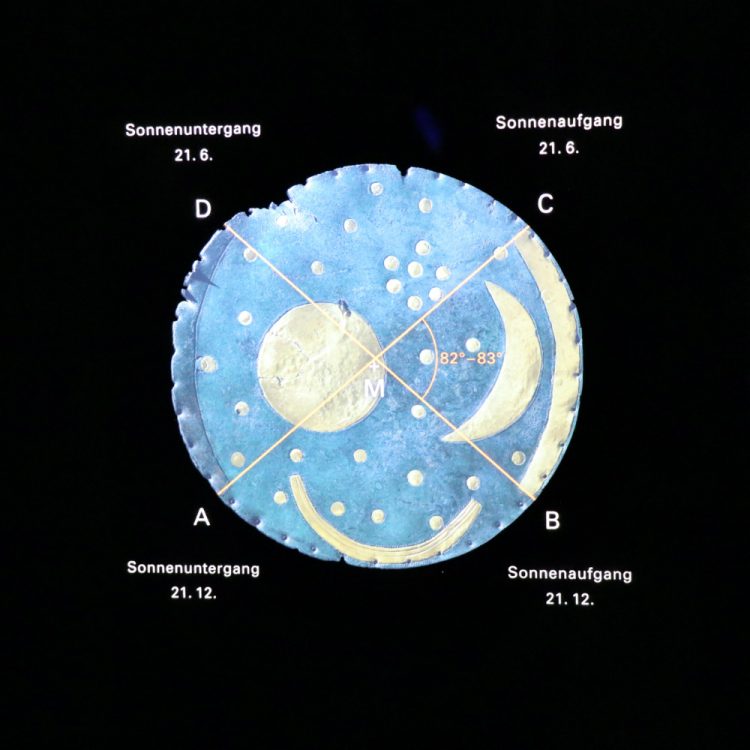 The State Museum of Prehistory Halle (Landesmuseum for Vorgeschichte Halle)
has detailed explanations how the Himmelscheibe von Nebra was used — here how to read the solstices.

The two arcs span an angle of 82°, correctly indicating the angle between the positions of sunset and sunrise at the summer and winter solstice at the latitude of the Mittelberg (51°N), where it was discovered in 1999. By using Brocken, the highest peak in the Harz Mountains and visible from Mittelberg, as a reference point, the sunset and sunrise during the summer and winter solstice correspond with the edges of the horizon arcs.