The Mall of Berlin on Leipziger Straße 12 near Potsdamer Platz is the largest shopping center in Berlin. 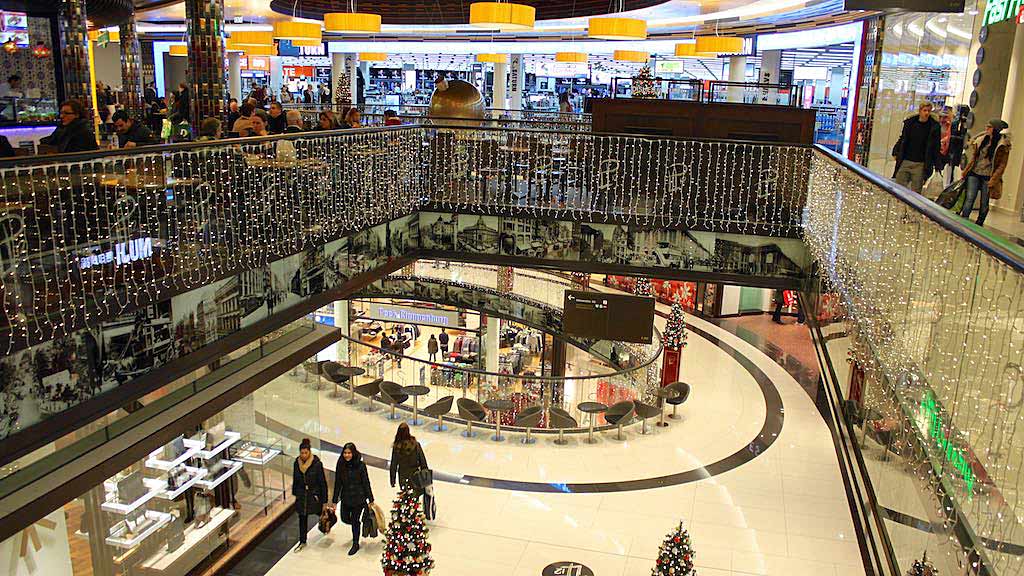 The 270 shops here have long opening hours. The variety of stores including fashion, electronics, housewares, souvenirs, toys, as well as a range of coffee shops, restaurants, and fast-food outlets making it a convenient one-stop location for almost all shopping needs. The Mall of Berlin is located in Mitte near Potsdamer Platz and Checkpoint Charlie. The LP12 in the name refers to the street address Leipziger Straße 12 – the center is more commonly simply referred to as Mall of Berlin.

Fashion Brands in the Mall of Berlin 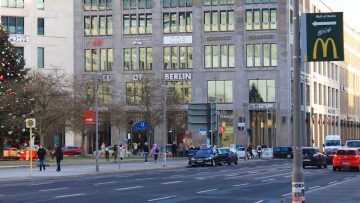 The LP12 Mall of Berlin is with 270 stores the largest shopping mall by far in the German capital. The majority of these stores sell fashion and fashion accessories.

The fashion brands in the Mall of Berlin range from the upmarket boutiques of Hugo Boss and Karl Lagerfeld to the discount brand C&A. The large Peek & Cloppenburg (P&C) department store sells mostly upmarket labels while the fashion mainstays of European shopping streets such as H&M and Zara also have large stores here.

Electronics, Toys, and Souvenir Shops in the Mall of Berlin 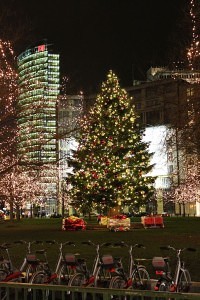 The Mall of Berlin is also a great place to buy electronics and souvenirs. Saturn has a large store selling electronics of all kinds with some of the best prices for cameras, computers, phones, and accessories in Germany.

The Mall of Berlin also has several toy and sports stores. Toy stores include brands such as Steiff, Playmobile, Maulwurf, and Kleine Kinderträume. The mall also has stores with fan items for the football clubs Herta BSC and FC Bayern München.

Souvenirs emblazoned with Berlin symbols are available from the Berlin Store on the basement floor of the mall. However, also peek into the two neighboring stores – Butlers and Depot. Both sell mostly household items at reasonable prices but many of these items make useful souvenirs. Across the aisle is WMF with its large selection of quality stainless steel items that are welcome in any kitchen.

Eating and Drinking in the Mall of Berlin

The Mall of Berlin has around 50 restaurants and cafés. Although this is not the first choice for gourmet food, a wide variety is available.

Fast-food outlets are mostly found on the second upper floor and range from international brands such as McDonald’s, Subway, and Nordsee to more local specialties such as Hauptstadtburger and Currywurst. (Heartburn is Sodbrennen in German. Medicine in Germany is only available from the pharmacy – the Apotheke is at the main entrance to the mall in Leipziger Straße.)

Several coffee shops – including an Einstein Kaffee – are scattered through the mall while bakeries are a good choice for a quick snack or takeout picnic. Aldi and Edeka have supermarkets in the basement of the center.

Opening Hours of the Mall of Berlin 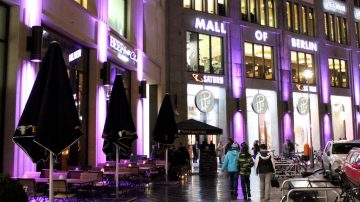 The Mall of Berlin is generally open Monday to Saturday from 10 am to 9 pm. The supermarkets are open from 8 am.

Like almost all shops in Germany, the Mall of Berlin is closed on Sunday, except for occasional special Sunday shopping weekends.

Free wifi is available throughout the mall.

Location of the LP Mall of Berlin

The LP12 Mall of Berlin, Leipziger Straße 12, is very conveniently located for travelers in the center of Berlin near Potsdamer Platz. The main entrances are from Leipziger Straße and Voßstraße but two smaller side entrances are often more convenient, especially when arriving by public transportation. The entrance directly on Leipziger Platz is right at the exit from Potsdamer Platz U-Bahn station while the Wilhelmstaße entrance is very close to the Mohrenstraße U-Bahn station.

Buses M48 and 200 stop in front of the mall at stops “U Mohrenstraße” or “Leipziger Straße / Wilhelmstraße” while all the S-Bahn trains and buses stopping at Potsdamer Platz are within a short stroll from the mall. The Mall of Berlin has a large underground parking lot (€2.50 per hour, max €20 per day) that is open 24 hours per day. 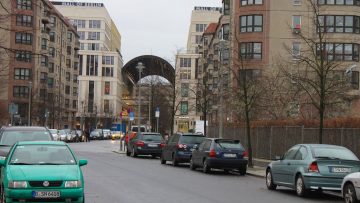 It is almost impossible to not find a historic site in every block in this part of Berlin but a less-published site is very close to the Mall – the site where Hitler’s body was burned outside his bunker at the end of the Second World War. Walk straight out from the Voßstraße exit down Getrud-Kolmar-Straße toward the Holocaust Memorial. Two short blocks from the mall, in a nondescript parking lot, was the entrance (unmarked) to the bunker. An information panel explains details and there are often walking tour groups gathering at various spots in the parking lot where guides probably try to convince travelers that the entrance was exactly where they stand now.

For more shopping in the immediate vicinity: several shopping malls directly at Potsdamer Platz including the Arkaden shopping mall and the Sony Center, or head a few blocks east to the endless shops in Friedrichstraße including Galleries Lafayette, Quartier 206, and Q205.

For factory outlet shopping it is necessary to travel to the northern outskirts of Berlin where the McArther Glen Designer Outlet Berlin has around 100 brand-name stores with typical factory outlet store discounts.