Savings on designer brand fashion are possible at the Castel Guelfo Styles factory outlet mall near Bologna on the highway towards Rimini.

Castel Guelfo The Styles Outlets is a factory stores outlet mall near Bologna in Italy. Savings on various top designer brands are available here including Adidas, Baldinini, Calvin Klein, Gap, Levi’s, Lindt, Nike, and Timberland. The outlet shopping mall is directly next to the highway with easy access from Bologna, Rimini, Ferrara, and other towns in the Emilia Romagna region of Northern Italy. 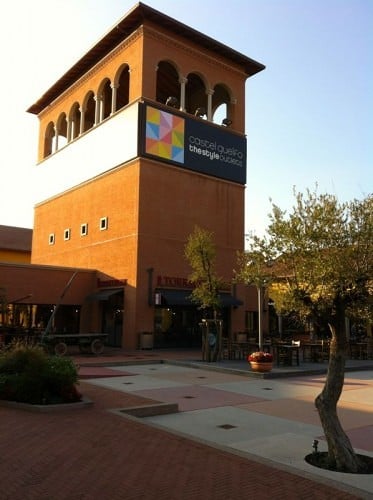 Castel Guelfo is a modern, village-style factory outlet shopping mall near Bologna. The shops are modern but with arcades and some faux historic style elements paying homage to the beautiful historic buildings in Bologna and the region.

Samsonite has a store for luggage, while several kitchen and housewares stores sell Italian designer accessories. Lindt has a large chocolate store with a café. A further four cafés and restaurants are on premises.

The Castel Guelfo outlet shops are open from Monday to Sunday. On Monday the shops open at 2 pm but at 10 am the rest of the week. Closing time is 8 pm on weekdays and 8:30 pm on weekends. The outlet mall is open on most vacation days.

Non-European residents can claim back sales tax on some shopping. Enquire from any shop on the Global Blue Tax Free shopping scheme.

Getting to the Castel Guelfo Factory Stores near Bologna 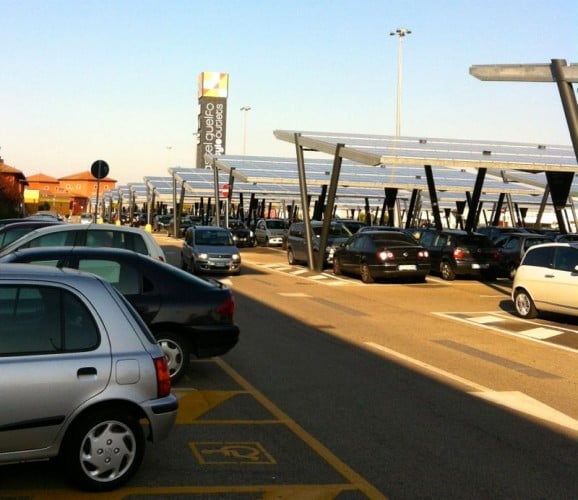 Getting to the Castel Guelfo outlet mall is very easy by car. The factory stores are just off the Castel San Peitro Terme exit on the highway A14 to the east of Bologna. Driving times are around 20 minutes from Bologna. Ample free covered parking is available.

The Novotel Bologna Feria offers a convenient place for drivers to stay near Bologna and directly next to the highway. From here, it is a fast and easy drive to the outlet mall and other sights in the region.

The brand names at Castel Guelfo outlet shopping mall are well known but not as up market as for example at The Mall near Florence or Foxtown (in Switzerland) near Milan, two factory outlet stores well worth a detour for savings on classy brands.