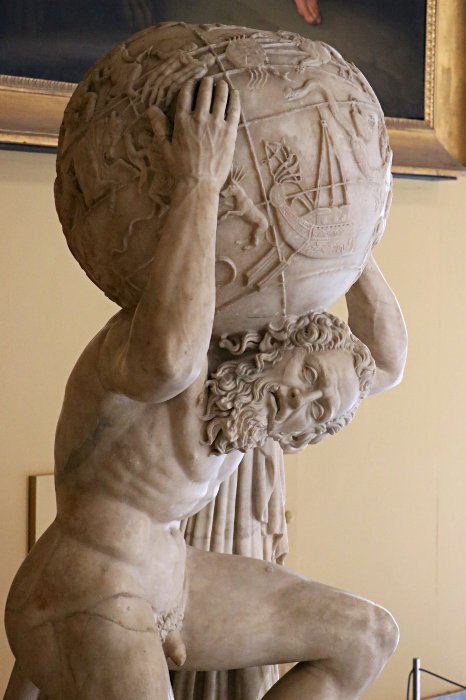 The Farnese Atlas in the National Museum of Archaeology in Naples is the oldest surviving statue of Atlas and the earliest known representation of the celestial sphere.