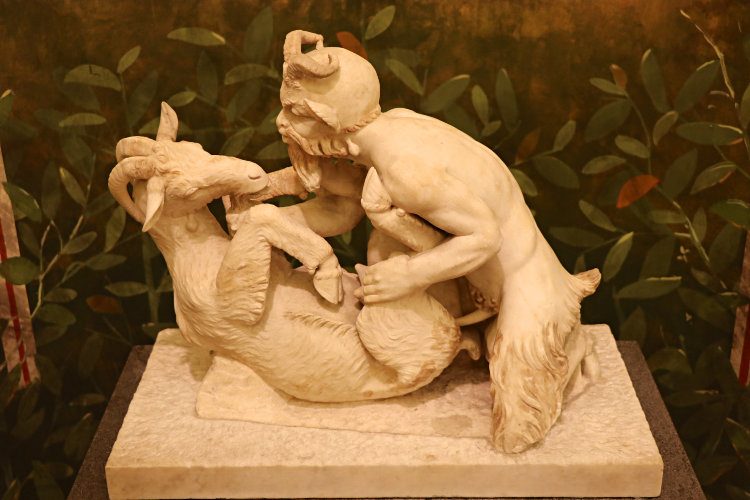 Pan copulating with a Goat is one of the best-known and artistically highest quality works in the Roman erotica collection on display in the secret room in the National Museum of Archaeology in Naples. This statue, which was considered to scandalous to display in public for centuries, was discovered in the the Villa dei Papiri at Herculaneum.

See More Naples and Pompeii Tours at Get Your Guide
Home » Italy » Visit the National Museum of Archaeology in Naples, Italy » Pan and the Goat