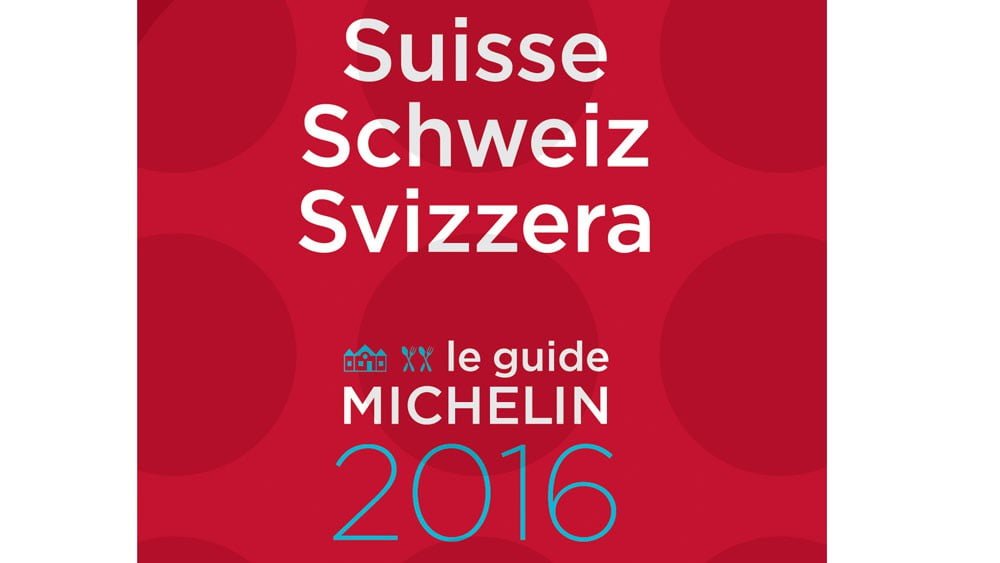 Michelin added a third three-star restaurant to its 2016 Switzerland (Schweiz / Suisse / Svizzera) Red Guide of top Swiss hotels and restaurants. The new addition is the Restaurant Cheval Blanc with head chef Peter Knogl in the Grand Hotel Les Trois Rois in Basel on the Swiss-French-German border. Switzerland claims the highest number of Michelin stars per capita with 116 restaurants being awarded stars while a further 119 have Bib Gourmand distinctions. 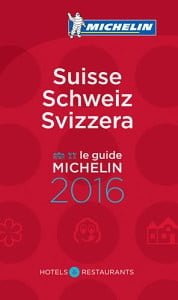 The 2016 Michelin Switzerland Red Guide of top restaurants and hotels awarded 116 restaurants with stars – one fewer than in 2015. A third restaurant was awarded three stars while the number of two-star restaurants was reduced to 18. A single star was awarded to 95 restaurants – one less than a year ago with 13 restaurants receiving stars for the first time.

Peter Knogl is only the second German chef heading a three-star restaurant outside Germany. Hans Beck in La Pergola in the Rome Cavalieri Hilton was the first German to achieve three-stars in a foreign restaurant.

The other two three-star restaurants in Switzerland remained as previously Schauenstein in Fürstenau (Graubünden) and Restaurant de l’Hôtel de Ville in Crissier (Vaud).

The Michelin Switzerland Hotel and Restaurant 2016 guide described a record 841 hotels and 944 restaurants. As before, the guide aims to identify the best establishments in various classes ranging from standard comfort to luxurious, traditional grand hotels.

Just over a quarter of the described restaurants in Switzerland was praised for having notable wine collections while 123 are considered to be particularly pleasant establishments.

As usual for the Michelin Switzerland red guide, the write up of the various hotels and restaurants are not in English but in the predominant national language of the region the establishment is located in. This explains the Suisse (French), Schweiz (German) and Svizzera (Italian) in the official name of the guide. The extensive introduction and explanation of symbols are also included in English making the guide still useful and fairly easy to use for diners not familiar with the three largest Swiss official languages.

). It should be available for significantly less from Amazon UK