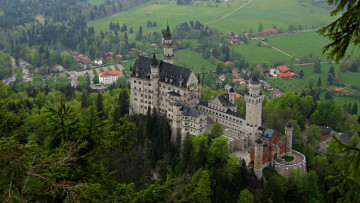 Bavarian King Ludwig II built the Disney-like Neuschwanstein Castle, Schloss Linderhof, and Herrenchiemsee Palace in Bavaria, Germany. All are top day trips from Munich. Bavarian King Ludwig II (ruled 1864 to 1886) enthusiastically joined in the spirit of his time by erecting or restoring romantic palaces and castles in the historicist style. His best-known work is the … END_OF_DOCUMENT_TOKEN_TO_BE_REPLACED 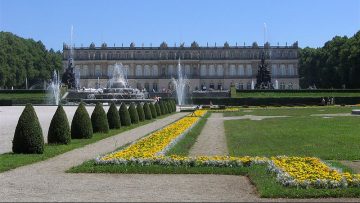 Opening hours are long for Schloss Herrenchiemsee Castle in the Chiemsee Lake near Munich in Bavaria, Southern Germany. Tickets to see the palace are only sold on Herren Island. Schloss Herrenchiemsee Castle is the most opulent palace built by Bavarian King Ludwig II during the nineteenth century. It is less famous than the Disney-like Schloss Neuschwanstein – the popular … END_OF_DOCUMENT_TOKEN_TO_BE_REPLACED 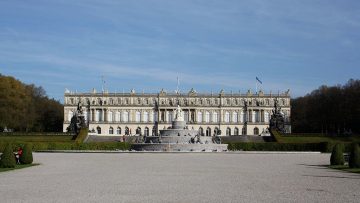 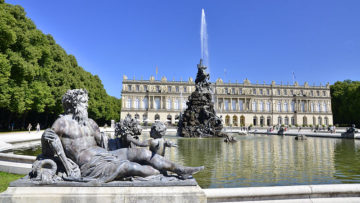 Versailles-like Schloss Herrenchiemsee Castle on Herren Island in the Chiemsee Lake near Munich in Germany is an opulent fantasy palace built by Bavarian King Ludwig II. Mad, or Fairy Tale, King Ludwig II of Bavaria, is famous for the three fantasy castles he erected in his kingdom during the nineteenth century. The most famous is the Disney-like, neo-Romanesque Schloss … END_OF_DOCUMENT_TOKEN_TO_BE_REPLACED