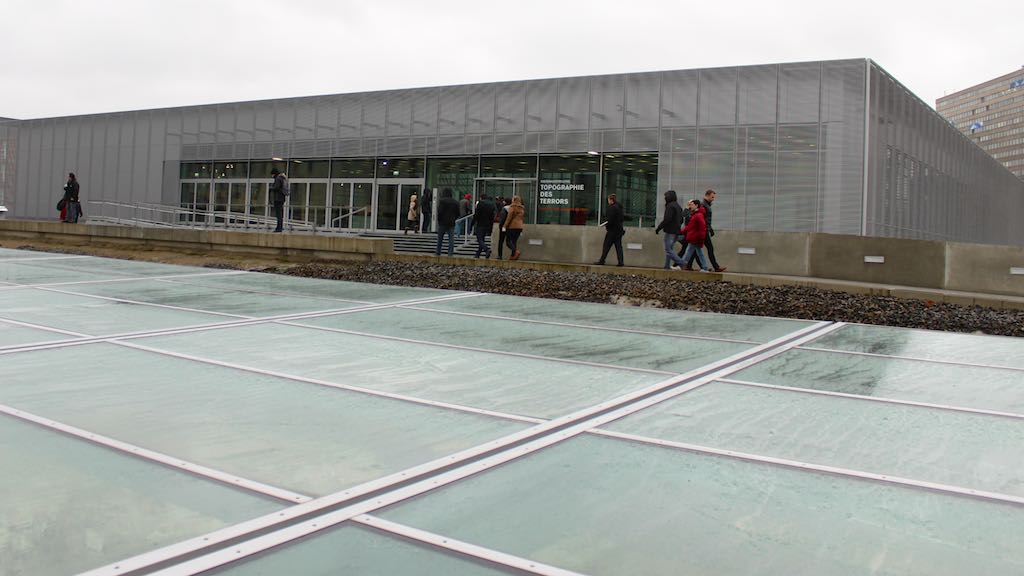 The Topography of Terror Memorial in Berlin

The Topographie des Terrors is a large documentation center in the heart of Berlin that focuses on the state apparatus responsible for the regime of terror during the Nazi period in Germany and occupied territories. Here, at the former Prinz-Albrecht-Straße 8 was the head office of the Geheime Staatspolizei (Gestapo / Secret Police) while other organs of terror and suppression such as the SS, SD and RSHA were located in the immediate vicinity.

The original building here was destroyed during the Second World War. The terrain was not prime property during the Cold War period due to its location on the US-Soviet sector border – the longest surviving piece of the Berlin Wall is directly next to the site. The site was long used a dumping ground for rubble.

However, in 1987, as part of the 750th anniversary of Berlin, an outdoor exhibition was held here in the unearthed cellars of the Gestapo building. The memorial has since been expanded with a modern documentation center with display rooms and a large library.

The Topography of Terror Documentation Center

The Dokumentationszentrum Topographie des Terrors opened in 2010, as one of the largest and most important documentation centers in Berlin.

The main permanent exhibition (Topography of Terror. Gestapo, SS, and Reich Security Main Office on Wilhelm- and Prinz-Albrecht-Straße) consists of hundreds of information panels with photos and maps, as well as a smaller number of audio and video displays. It covers the theme of state terror in astonishing detail. 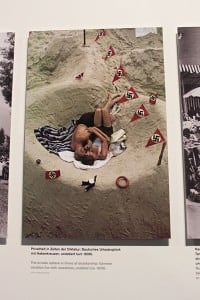 The displays are divided in five main themes:

For most visitors, the large amount of information presented will be simply too overwhelming to take in on one visit. However, the exhibition is structured in such a way that it is easy to concentrate on the broader developments and only study the finer details of selected themes of interest. Keep an eye on the timeline – it is frightening how fast this regime was in total control. 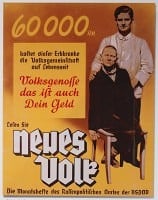 Germans generally do not sanitize 20th-century history and much of the information presented remains shocking and disturbing. Some photos are very graphic.

The smaller special and temporary exhibitions are often easier to absorb. The current exhibition (until 25 October 2015) is on life in Germany during the last months of the war. It was a period of confusion and terror with Hitler’s refusal to surrender leading to the unnecessary deaths of countless civilians and soldiers.

The scientific research library of the center has around 30,000 volumes. It is not intended for sightseeing or casual browsing but is freely accessible to all.

Outdoor Exhibitions at the Topography of Terror

A special outdoor exhibition entitled “Berlin 1933 to 1945: Between Propaganda and Terror” is open during summer months at the cellar walls and foundations of the former Gestapo head offices. The information panels are in both English and German and explain how the Nazis came to power and established Berlin as its political center.

A further site tour with 15 stations explains more of the history of this site, which was at the southern end of the government district. The most interesting – and largest – station is the longest surviving outer section of the Berlin Wall. (The 1.3 km East Side Gallery is a part of the inner wall that faced East Berlin rather than the outer wall facing the West.)

Across the road behind the Wall is the only surviving government building from the 1930s. This was the head quarters of the air force and is now part of the Finance Ministry – sightseeing inside is not allowed.

The Berlin Wall in Niederkirchenerstraße

The Berlin Wall was built on East Berlin territory. Thus neither the wall, nor the bronze and cobble stone lines now marking the location of the destroyed wall, indicated the real borderline. It was always possible for the East German guards to at least drive a car on the West Berlin side of the wall while remaining physically inside East German territory.

West Berliners could enter this space fairly unhindered and thus unofficially walk through East German territory. However, it was not available for official use – Niederkirchner and Zimmerstraße illustrate clearly how this arrangement affected life in divided Berlin.

Next to the Topographie des Terrors is the Martin Gropius Bau – a neo-Renaissance exhibition center designed by the great-uncle of Bauhaus founder Walter Gropius. The Berlin Wall was directly at the south side of the street but the pavement was still East Berlin territory meaning that the exhibition center in West Berlin could not be entered through its main entrance without leaving the country first. Until re-unification in 1990, only the side entrance was used.

On the eastern side of the remaining part of the Wall, apartments in Zimmerstraße could only be entered by passing on foot through the officially East Berlin territory. This made the addresses popular with petty criminals, as the West Berlin police could not reach the entrances of the buildings. Only very serious crimes would justify breaking through the building walls from the West Berlin side. Similarly, the sheriff could not repossess furniture or other unpaid items.

The Topography of Terror, Niederkirchnerstraße 8, is open daily from 10 am to 8 pm. Outdoor areas are accessible during the same hours but close earlier when dark. The center is only closed on 24 & 25 December and 1 January.

All information panels are in both English and German.

The closest large former concentration camp to Berlin is Sachsenhausen in Oranienburg – it is easy to reach on a day trip from central Berlin.

More photos of the Topographie des Terrors in Berlin on Flickr.