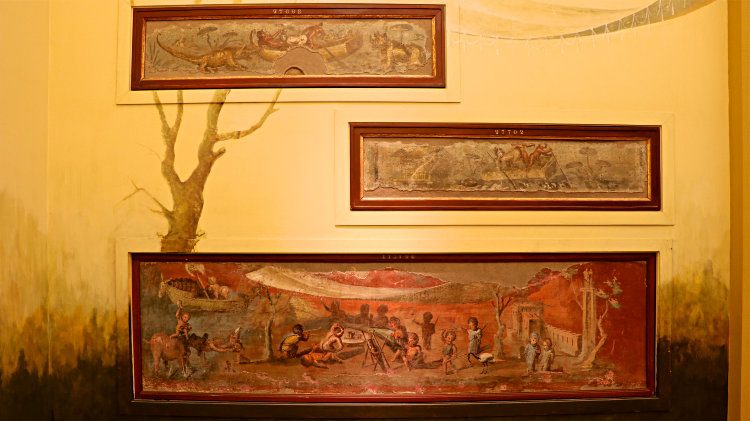 Pygmy Frescoes in the National Museum of Archaeology in Naples. Pygmy frescoes often had explicit sexual scenes with these in the Roman erotica collection on display in the Secret Room.

See More Naples and Pompeii Tours at Get Your Guide
Home » Italy » Visit the National Museum of Archaeology in Naples, Italy » Pygmy Frescoes