The Verzetsmuseum in Amsterdam covers the history of Dutch resistance to the German occupation during the Second World War. It has a special junior section for children. 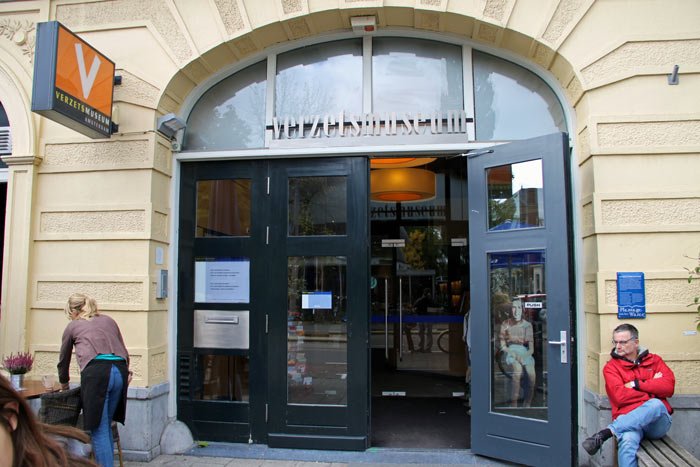 The Dutch Resistance Museum (Verzetsmuseum) in Amsterdam is a remarkable exhibition on The Netherlands during the Second World War. It covers the run-up to the war, the occupation of The Netherland by German troop, Dutch resistance whether by choice or necessity, and the final liberation. It also has a special section on Dutch India – the modern-day Indonesia – and other Dutch overseas territories. The newly opened Junior Museum explains the choices the Dutch had in a very engaging fashion for children around 9 to 14 years old. 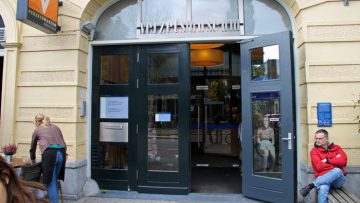 The Verzetsmuseum (Resistance Museum) does a marvelous job in explaining Holland during the Second World War. The various displays, audio, and video materials are very engaging with English translations (and audio guides) available for almost all items.

The Dutch love to argue and discuss making it no surprise that no topic is taboo in this museum. The fact that many Dutch people actively cooperated with the Germans is never hidden – the ballooning increase in party membership of the NSB (Dutch version of the Nazi Party) is on clear display. 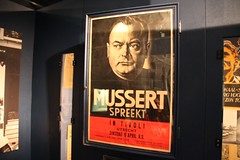 However, the museum also proudly explains how many ordinary Dutch citizens resisted the occupation. Major events such as large national and regional strikes, attacks on government registry offices, and prison escapes are prominent, as are smaller personal actions and tragedies.

Visitors focusing on the main displays can get a good overview of The Netherlands during the war, while smaller more personal accounts and events allow glances into the lives and personal tragedies of ordinary people. The museum does not try to identify the main contributors to the resistance, or the main collaborators, the emphasis is on the choices (adapt, collaborate or rest) that the average Dutch citizen faced during the war and the consequences of the choices made.

It is worth starting a visit to the museum with the ten-minute introduction video on the mezzanine floor, which gives a great overview of events as well as the philosophy of the museum exhibition. The video is also available online at the Resistance Museum website or on YouTube.

A few interesting items and displays include 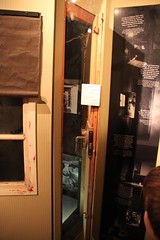 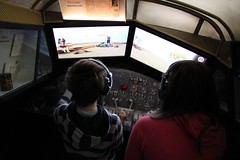 The Resistance Museum also has a large section on Dutch overseas territories during the Second World War. The largest section is on Dutch India (Nederlands-Indië) – the modern-day Indonesia.

From 1942 to 1945, the former Dutch colonies were occupied by Japan. Dutch army personnel and civilians were placed in Japanese internment camps. After liberation from the Japanese, the Indonesian war of independence raged for another four years before the Dutch finally had to admit Indonesian independence in 1949. 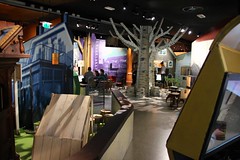 The Verzetsmuseum Junior opened inside the Verzetsmuseum in October 2013. The Junior Museum is mostly aimed at children aged 9 to 14 but adults will find a lot to learn in here too, probably even more so when visiting with children or grandchildren and exploring with them the various options and ideas.

In this section, visitors are invited to enter the homes and lives of various Dutch children and families. Here, visitors follow through the eyes and lives of children the choice families made to cooperate with the Germans, to simply try and get on with life, or to actively resist the occupation. Children learn how these choices influenced the families’ lives both during and after the war.

Although the outcome of the war and various choices are of course well known now, the museum does do a splendid job in explaining why certain people made particular choices at the time. Children (and adults) are invited to sit around the dining room table and hear the arguments of various family members in favor of taking specific actions and can vote to see if the modern-day family agree with the choices made during the war or not.

Tickets and Opening Hours of the Resistance Museum 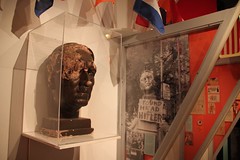 Admission tickets for the Verzetsmuseum is €10 for adults and €5 for children 7 to 16. The Museumkaart (Dutch Museum Card) and I Amsterdam City Card are accepted.

A free audio guide is available which offers translations into English of almost all displays.

The Resistance Museum Amsterdam is open daily: on weekdays from 10 am and weekends from 11 am to 5 pm. The museum is open on Mondays.

Location of the Verzetsmuseum Amsterdam

The Resistance Museum is at Plantage Kerklaan 61, 1018 CX Amsterdam, across the road from the main entrance to the Artis Zoo in the Plantage neighborhood of Amsterdam. 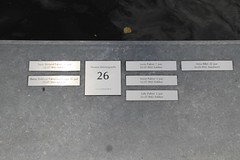 The museum can be reached by tram 9 (from Centraal Station / Amsterdam main train station) or tram 14 from Anne Frank House – both tram lines pass by Dam, the Jewish Museum and the Artis Zoo en route to the Tropenmuseum and beyond.

However, it is also a pleasant walk to the museum from the central parts of Amsterdam. From the Jewish Museum or Portuguese Synagogue follow Plantage Middenlaan past the Schouwburg. An alternative route is along the Nieuwe Keizersgracht where metal plaques on the pavement remind of the Jewish residents who were transported from their homes here during the Second World War – very few survived. 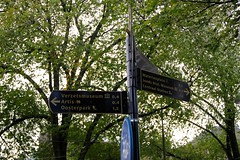 The brochure Persecution and resistance in Amsterdam (with map) is available for a nominal amount at the Anne Frank House or at the Resistance Museum. It describes a walking route between the two museums with information on Second World War related sights en route.

Also in the region – although not immediately obvious from the way most Amsterdam maps are drawn – is the Maritime Museum. It is a pleasant walk of around a kilometer from the Verzetsmuseum to Het Scheepvaartsmuseum, where visitors can learn more about all things maritime and the Golden Age that made Amsterdam rich and special.