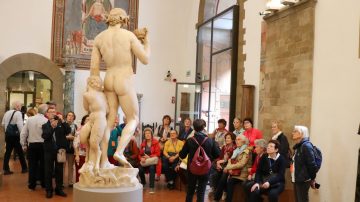 The Bargello Museum near the Uffizi has the best collection of Renaissance sculptures in Florence including several by Michelangelo and two Davids by Donatello. The Museo Nazionale del Bargello in Firenze focuses on medieval and Renaissance art. It is particularly famous for sculptures including some of the best works by Donatello (David, St George, Marzocco) and fine … END_OF_DOCUMENT_TOKEN_TO_BE_REPLACED

Michelangelo’s David sculpture in the Accademia in Florence is best seen on timed reservation tickets with fast-track priority admissions for a specific time slot. Michelangelo’s David, one of the most famous sculptures in the world, is the star attraction of the Galleria dell’ Accademia di Firenze (Academy Gallery in Florence). David is one of the top sights to see in … END_OF_DOCUMENT_TOKEN_TO_BE_REPLACED 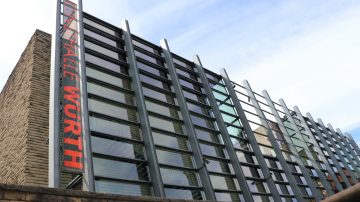 Visitors may see modern art for free in the Kunsthalle Würth Schwäbisch Hall and top medieval masterpieces in the nearby Johanniterkirche. Schwäbisch Hall, a beautiful southern German town with many half-timbered houses, a picturesque market square with a large Gothic church, and a fine town museum, surprises many visitors with the large free modern art Kunsthalle Würth. … END_OF_DOCUMENT_TOKEN_TO_BE_REPLACED 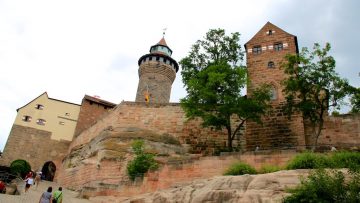 Sightseeing in Nürnberg: Castle, Churches, Museums, Old Town, Nazis The best sights to see in Nuremberg are the Imperial Castle (Kaiserburg), top museums, Gothic churches, a wall-enclosed old town, and sights associated with the Nazi party rallies and trials. Nuremberg (Nürnberg) was a major power during the Middle Ages and despite extensive damage during the Second World War … END_OF_DOCUMENT_TOKEN_TO_BE_REPLACED 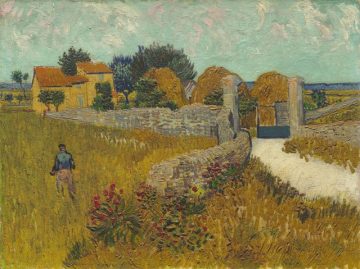 Large Special Collection of Impressionist Paintings in the Kunstmuseum, Switzerland Vincent van Gogh's Landscapes Paintings Special Exhibition in the Kunstmuseum, Basel will be one of the greatest temporary art gallery shows in Europe 2009. The Vincent van Gogh - Between Earth and Heaven: the Landscapes will be one of the best temporary art collections in Europe in 2009. The … END_OF_DOCUMENT_TOKEN_TO_BE_REPLACED 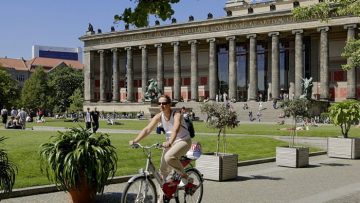