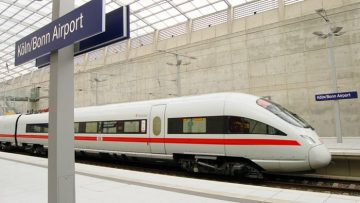 Getting to Cologne-Bonn Airport (CGN) is easy and cheap on S-Bahn and ICE trains from Köln Hauptbahnhof or the Airport Express Bus SB60 from Bonn. Public transportation makes it easy getting to Cologne-Bonn Airport (CGN) near Köln in the Rhinelands of Germany. S-Bahn trains from Köln Hauptbahnhof (central main train station) provide fast and cheap transportation to … END_OF_DOCUMENT_TOKEN_TO_BE_REPLACED 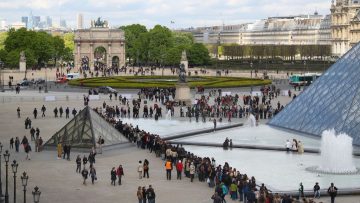 Flixbus, Oui Bus, Eurolines and Alsa long-distance intercity coaches are by far the cheapest way to travel between London and Paris. Deals as cheap as €15 are common. Long-distance intercity buses continue to compete with Eurostar trains and airlines when traveling between London and Paris. Although coaches are much slower than the high-speed trains, ticket prices are also … END_OF_DOCUMENT_TOKEN_TO_BE_REPLACED 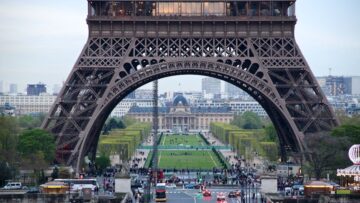 Flixbus (Megabus), Eurolines, and Ouibus offer cheap intercity bus travel and the best deals for coach transportation between Paris and Brussels (Bruxelles). Buses may not be the fastest or most comfortable way to travel between Paris and Brussels but they are often by far the cheapest transportation between the capitals of France and Belgium. Flixbus (Megabus), Ouibus … END_OF_DOCUMENT_TOKEN_TO_BE_REPLACED 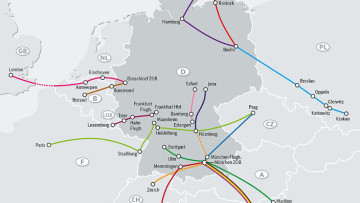 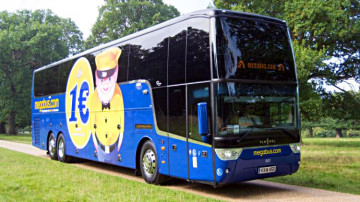 Note: During 2016, all German Postbus and continental European Megabus routes were taken over and are bookable via Flixbus. Megabus sells the cheapest tickets for traveling between cities inside Germany, e.g. Berlin, Cologne, Frankfurt, Hamburg, Munich and Stuttgart. Cheap bus travel is also possible to cities in neighboring countries including Paris, London, Amsterdam, … END_OF_DOCUMENT_TOKEN_TO_BE_REPLACED 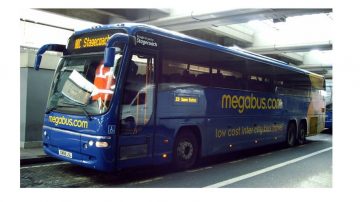 (Note: During 2016, all German Postbus and continental European Megabus routes were taken over and are bookable via Flixbus.) Megabus offers budget travelers very cheap discount bus tickets for traveling from Munich, Stuttgart, Frankfurt or Cologne in Germany to other European cities such as Brussels, Amsterdam, Paris and London. Intercity, long-distance bus travel is … END_OF_DOCUMENT_TOKEN_TO_BE_REPLACED 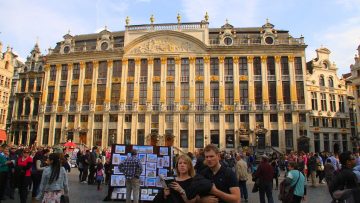 Intercity coaches by Megabus, Idbus, Student Agency and National Express / Eurolines are often the cheapest way to travel from London to Brussels. Long-distance bus services offer an alternative to Eurostar trains when traveling between London and Brussels. These intercity coaches are slower and less comfortable than the high-speed trains but ticket prices are often far … END_OF_DOCUMENT_TOKEN_TO_BE_REPLACED 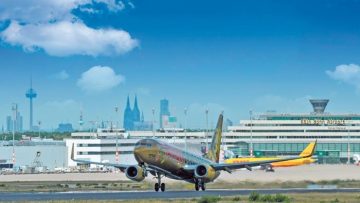 Flying between London and Köln-Bonn CGN Airport is the fastest and often cheapest way to travel to Cologne. Cheap flights also arrive from Manchester, Birmingham and Edinburgh. Low-cost airlines Easyjet and Germanwings are the only carriers flying between airports in London or the UK and Flughafen Köln-Bonn (CGN) in Germany. Germanwings also flies to Cologne from Manchester … END_OF_DOCUMENT_TOKEN_TO_BE_REPLACED