Intercity coaches by Megabus, Idbus, Student Agency and National Express / Eurolines are often the cheapest way to travel from London to Brussels. 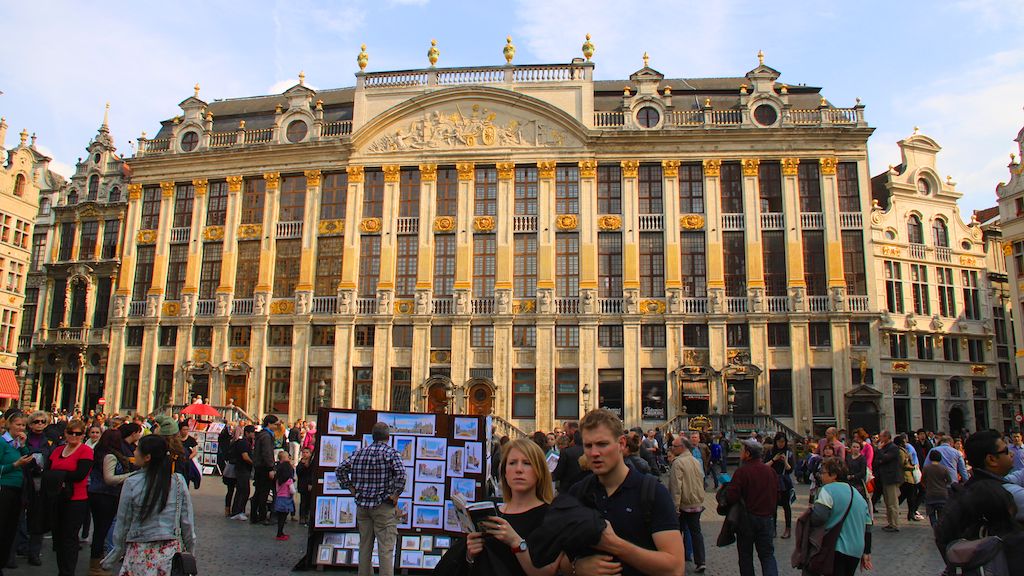 Long-distance bus services offer an alternative to Eurostar trains when traveling between London and Brussels. These intercity coaches are slower and less comfortable than the high-speed trains but ticket prices are often far cheaper. Special offers can see travelers paying less than €10 one-way between Brussels and London when traveling by coach but even standard bus fares are only a fraction of Eurostar train ticket prices. Flying remains an option, however London to Brussels flights are usually neither price nor time competitive with high-speed trains.

Cheap Transportation between London and Brussels

The cheapest way to travel between London and Brussels is usually by intercity long-distance coach services. Eurostar high-speed trains are the fastest and most comfortable way from England to Belgium but prices – especially full fares – are generally much higher than the bus. Flying is often more expensive and not necessarily faster than the Eurostar trains.

Long-distance buses offer an alternative to the Eurostar trains and compete mostly on price. Lower ticket prices offset much longer and less comfortable travel times. Where the Eurostar trains take around 2 hours (plus check in time), buses commonly needs around 6h30 to 8 hours for the journey from London to Brussels.

By Eurostar Trains from London to Brussels

Eurostar high-speed trains have to a large extent wiped out the market for flights between London and Brussels.

It is still possible to fly Easyjet from Brussels to London-Gatwick and Brussels Airlines or British Airways between Brussels and London-Heathrow. However, these flights are increasingly rare and generally fairly expensive with little, if any, time advantage over taking the Eurostar trains.

Flights between Britain and Belgium makes more sense when traveling to other cities – e.g. Antwerp to London or Manchester to Brussels – than on the London city center to Brussels routing.

Eurostar trains connect London-St Pancras with Brussels South (Bruxelles Midi / Brussel Zuid) station in just two hours (plus check-in times of around 30 minutes / 10 minutes for First Class). Around 10 direct trains per day are available from London to Brussels with a few more services using the Eurostar between England and Lille and a TGV Thalys train from Lille to Brussels. (Oddly, these connections are often a minute or two faster than the far more comfortable direct routing.)

Eurostar train prices vary widely with special deals often available, especially for return trips. One-way full-fare is around €200 (€320 in First Class) while a day advance reservation can be had for around €90.

Eurostar train tickets can be bought at most places selling travel including Voyages SNCF (UK) or RailEurope (USA & Rest of the World). Many special deals are available, especially for return journeys, but rarely approach the bus ticket prices.

Cheap Travel by Intercity Bus from London to Brussels

Long-distance coaches continue to operate between London and Brussels despite the convenience of the Eurostar trains. Buses between these two cities take at least three times longer than the high-speed trains with traveling times generally around 7 hours.

National Express / Eurolines have long operated bus services between London and Brussels but in recent months the competition has heated up with new entrants to the market clearly showing travelers have an appetite for lower prices even if it means much longer journeys. Megabus, Idbus and Student Agency all have at least a daily bus service between London and Brussels.

All coaches depart in London from Victoria Coach Station but use different stops in Brussels.

The faster coach trips between Brussels and London are usually via the Eurotunnel but many of the bus trips are still using the ferries between Dover and Calais.

Prices for coach trips between London and Brussels are around £18 / €30 each way. Special offers are frequently available making it worth comparing prices.

The best prices for coach tickets are often available within two weeks of travel rather than booking long in advance, as is usually the case with airlines or trains.

Students, pensioners, children, and groups all get some discount offers from most long-distance bus companies.

On Megabus from London to Brussels

Megabus has two services per day – one over night and one during the day – between London and Brussels. Fares range from around €30 (next day) to €22 (two weeks advance reservations). Even cheaper deals are sometimes available during less popular times of the year.

Megabus has the advantage of many further cheap coach connections in the UK from London but these are of course available to all travelers.

Megabus coaches depart in Brussels from the coach stand next to Wings Tavern in Rue du Cardinal Mercier directly at the Central Train Station (Brussel Centraal) in the heart of Brussels near Mont des Arts and Grand Place.

On Idbus from London to Brussels

Idbus , a coach service operated by French Railways SNCF, recently started a nightly bus service between London and Brussels. These overnight buses allow for later departures at night than is possible by train.

In contrast to most other intercity bus companies, iDBUS always uses its own coaches and thus ensures comfortable seating and free wifi in all countries en route.

On Student Agency Buses from London to Brussels

Another new entrant on the London to Brussels bus route is Student Agency, which despite its name is available to all travelers. Most students do get a discount.

Like Megabus coaches, Student Agency’s yellow buses use the coach stand next to Wings Tavern in Rue du Cardinal Mercier directly at the Central Train Station (Brussel Centraal) in the heart of Brussels near Mont des Arts and Grand Place.

On National Express / Eurolines from London to Brussels

National Express / Eurolines – the pan-European intercity long-distance bus operator has the largest number of connections between London and Brussels – on some weekends up to eight daily buses in each direction. National Express passengers have the advantage of special low price tickets for onward connections from London to other UK destinations, while many holiday passes and deals are available for further travel in Europe.

The best deals on Eurolines bus tickets are usually on the country specific website of the point of departure. Currently, Eurolines advertise one-way specials from Brussels to London for €9 or London to Brussels for £12. (Naturally, the availability is limited and the number of excluded dates and journeys long).

Eurolines passengers can add an onwards trip on National Express buses from London to any destination in the UK for £19 one-way or return. This is a very good deal to places without competing bus services but to main destinations, special deals may even be cheaper.

While Eurostar train tickets are available from many vendors including Voyages SNCF (French Railways) or RailEurope (USA), coach tickets usually have to be bought directly from the specific long-distance bus company: Idbus, Megabus, National Express / Eurolines, and Student Agency. Prices vary widely – especially for special offers – making it worth the extra effort to compare deals.