The Église St Joseph has an interesting Baroque dome and numerous private memorials for the fallen at the Battle of Waterloo near Brussels. 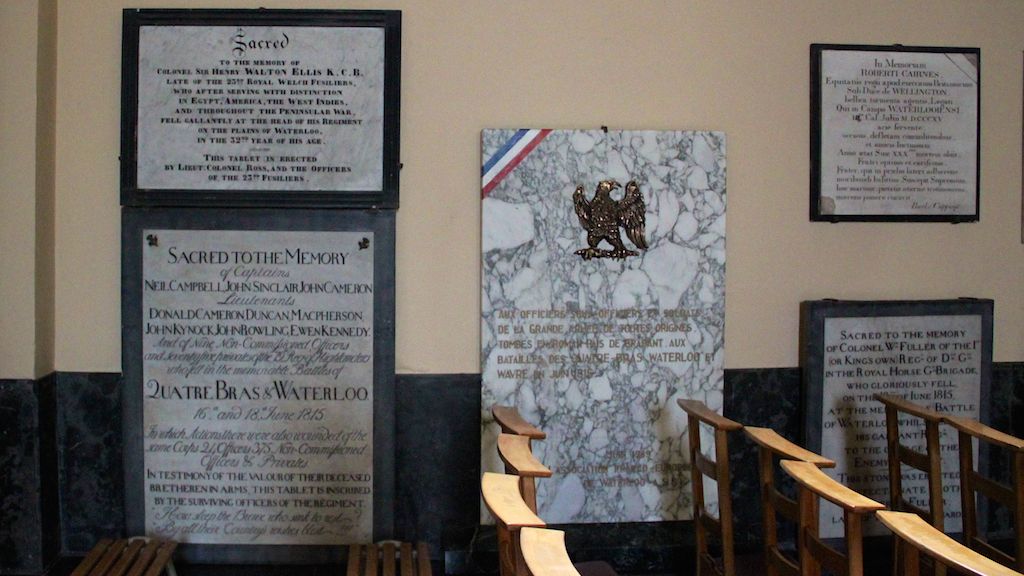 The parochial church of St Joseph in Waterloo is directly across the road from the Musée Wellington. This small church with an impressive dome is well worth a short peak inside. It has some interesting wood-carved furnishings but the main reason to visit is to see the more than hundred memorial plaques donated by the families and friends of the soldiers who had died during the Battle of Waterloo (June 18, 1815).

The Église St Joseph in Waterloo 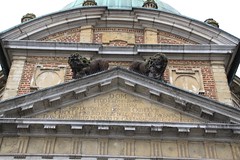 The St Joseph’s Church in Waterloo is entered through the oldest part of the building – the Baroque domed Chapel Royal consecrated in 1690. The Latin inscription above the porch expresses the wish that Charles II, King of Spain and the Indies and Prince of Belgium, shall have offspring and a Catholic successor.

(Charles, however, died childless in 1700, as the last Habsburg king of Spain. The War of the Spanish Succession was inevitable. One outcome was that the Spanish Netherlands, mostly present-day Belgium, became Austrian. Austria didn’t really want it but as a European power had responsibilities, obligations and prestige demands that could not be ignored.) 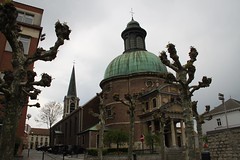 The church was extended during the 19th century by attaching a more standard hall church behind the domed chapel. This part of the church is architecturally not particularly exciting but it does have several fine works of art bought in from monasteries that were forced to close during the Napoleonic era. 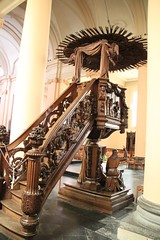 The wood-carved items are particularly impressive. The pulpit and the old communion benches were originally in the abbey of Aywiers. The main panels on the pulpit shows the Sermon on the Mount, the Miraculous Draught of Fish, the Samaritan woman, and Jesus with the Children. The choir stalls were bought from Mechelen – a town in northern Belgium with marvelous artwork, including many wood-carved items and Rubens paintings, in its historic churches.

The paintings of the Stations of the Cross are mid-19th century by De Coninck. Further paintings in the church include copies of Rubin’s The Descent from the Cross (now in the Antwerp Cathedral) and Murillo’s Assumption of the Virgin.

The stained-glass windows are from the late 19th century except for the two celebrating the liberation of Belgium in 1918. 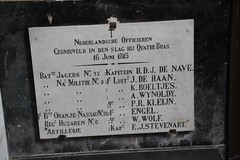 For many visitors, the more interesting items in the St Joseph’s Church are the commemorative plaques erected mostly by family members for those who had fallen in the Battles of Quatre Bras and Waterloo in June 1815. These 138 memorials were originally placed in the Chapel Royal but are currently mostly fixed to the walls towards the rear of the church.

The Eglise Saint Joseph in Waterloo is on Place Albert 1er at the intersection of Chaussée de Bruxelles and Rue de la Station. It is directly across the road from the Musée Wellington. The church is open daily for free.

Bus W and 365 from Brussels (and from the opposite direction the Battlefield of Waterloo) stop directly in front of the church at stop Waterloo-Eglise. The train station is a kilometer away down Rue de la Station.

See Transportation to the Battlefield of Waterloo Sites for more detailed information. 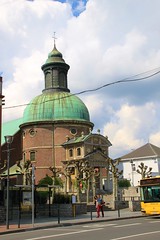 The neo-Classical former presbyter adjacent to the church is now used by the Waterloo tourist information office. It is not only a good source of information on local sights and transportation but also sells the Pass 1815 with combination tickets for the sites associated with the Battlefield of Waterloo.