The small Dernier Quartier-Général de Napoléon Museum is in the Caillou farmhouse where Bonaparte spent the night before the Battle of Waterloo in 1815. 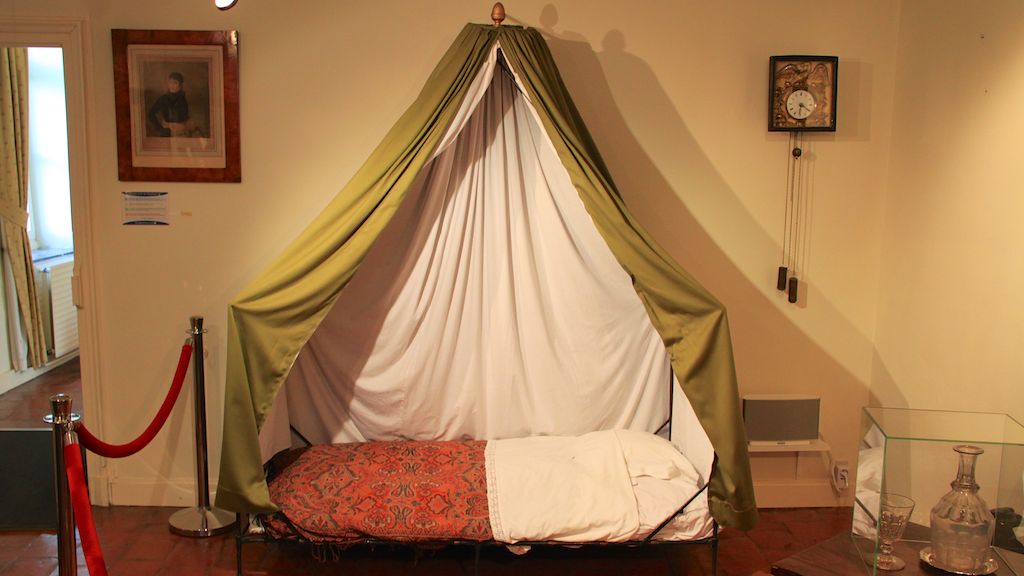 The Museum in Napoleon’s Last Headquarters is in the farmhouse where the French Emperor spent his final night before his defeat at the Battle of Waterloo on June 18, 1815. The museum has items belonging to Napoleon as well as the table on which he dined and rolled his Waterloo maps out. Other exhibits relating to the Battle of Waterloo and the French First Empire include rifles, weaponry, uniforms, medals, maps, letters and coins. This small museum is easiest reached by car – buses are infrequent. 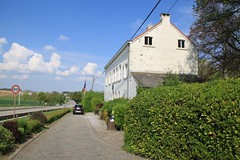 The small museum in Napoleon’s Last Headquarters (Dernier Quartier-Général de Napoléon) is the most important collection in Belgium of items related to the French Emperor who was finally defeated at the nearby Battle of Waterloo on June 18, 1815. The museum has a few personal items of Napoleon as well as a number of other items related to the battle or the French Empire in general. 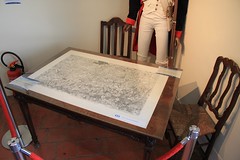 The museum collection is spread over five rooms on the ground floor of the farmhouse Le Caillou, where Napoleon and his staff spent the night of June 17, 1815. The famer was thrown out with most of his furniture but the dinning room table famously had to be left behind. 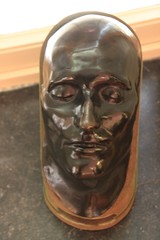 In addition to drawings, paintings, maps and letters related to Napoleon and the Battle of Waterloo, highlights of the collection in the five rooms include: 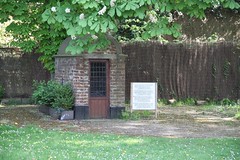 In the garden is a small ossuary with bones found on the battlefield. The Latin inscription here reads in English: Often for the Emperor, always for the fatherland.Also in the garden is the balcony railing from the Hotel des Colonnes where Victor Hugo stayed in 1861 while working on Les Miserables.

The museum is full of items and displayed in a fairly old-fashioned style with detailed descriptions. Information sheets with full descriptions in various languages are useful for visitors not reading French. Interactive here is limited to matching the description sheets with the item on display.

A makeover is scheduled for 2015 – hopefully the display won’t be dumbed down. 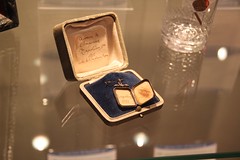 The Dernier Quartier-Général de Napoléon is open daily from April to October from 10 am to 6:30 pm and from November to March from 10 am to 5 pm. January 1 and December 25 are the only closing hours. (The museum was previously closed in the mornings during the winter season – it may be prudent to confirm opening hours before traveling.)

Admission to the museum is €4 (€2 for children 7 to 12), or included in the Pass 1815. See Visiting the Battle of Waterloo Sites for details on combination tickets.

The Museum in Napoleon’s Last Headquarters is at Chaussée de Bruxelles 66, 1472 Vieux‑Genappe – around 4-km along the N5 road from the Lion’s Mound. The museum is easiest reached by car – free parking is available.

The museum can also be reached on Bus 365 – stop Genappe-Musée du Caillou. However, do note that the bus only comes every hour or two.

See Transportation to the Battlefield of Waterloo for more details. 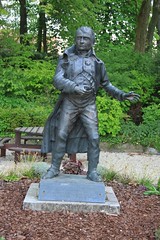