The Musée Wellington is in the inn where the Duke of Wellington had his headquarters and famously wrote his report on the Battle of Waterloo (1815). 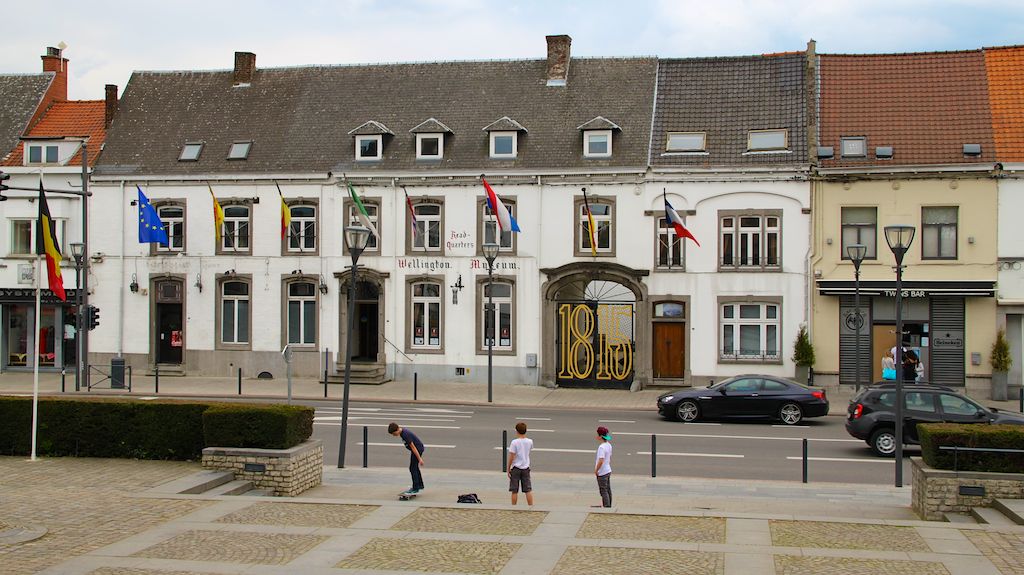 The Wellington Museum in Waterloo is in the former stagecoach inn where the Duke of Wellington had his headquarters during the Battle of Waterloo. The museum has many items and a wealth of information on display related to the Battle of Waterloo (June 18, 1815) that took place a few kilometers to the south of here. The focus is on the battle itself but visitors are also informed on the run up to the battle and the consequences for Europe and some of the individuals who fought in the war.

The Musée Wellington in Waterloo 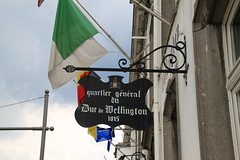 The Musée Wellington is in the inn where the Duke of Wellington established his head quarters and slept the night before and on the day of the Battle of Waterloo (June 18, 1815). Wellington famously wrote his report on the battle here – the original table is still on display – and as a consequence, the battle is known as Waterloo, rather than St Jean.

Visitors see displays in 14 rooms – mostly arrange chronologically with information on the battle, as well as the Napoleonic wars in general and the peace that followed.

The museum uses a fairly old-fashioned approach – loads of information and many displays and graphics. It will take hours to study all the details but most visitors will probably be content to follow the main outlines in the around 40 minute audio guide.

The museum has a large collection of weapons, uniforms, maps, drawings, paintings, letters, and other items related to the military in the early-19 th century. Especially noteworthy items include:

An audio guide (included in general admission) takes visitors through the main events and exhibits in around 40 minutes. Listening to further details can add considerable time to a visit. 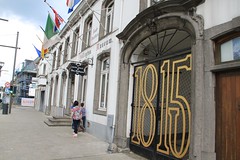 Admission tickets to the Musée Wellington is €6.50 (€4 for children 7-17, €5.50 for students) and include the very good audio guide. Admission to the museum is also included in the Pass 1815 with tickets to the battlefield sites (Hameau du Lion) and the Last Headquarters of Napoleon. See Visiting the Battle of Waterloo Sites for details

Transportation to the Wellington Museum

The Musée Wellington, Chaussée de Bruxelles 147, B 1410 Waterloo, is in the main road through Waterloo as is usual for a former stagecoach inn. It is across the road from the St Joseph Church with memorials for many of the fallen. Bus W and 365 from Brussels (and en route to the Battlefield of Waterloo) stop directly in front of the museum at stop Waterloo-Eglise. Waterloo train station is a kilometer away along Rue de Station.

Parking is available in side streets or following the signs to parking lots.

See Transportation to the Battle of Waterloo Sites for more complete details.