Travelers to Paris Beauvais Airport (BVA) may use a cheap shuttle bus from Porte Maillot or trains from Gare du Nord stations. Taxis and rental cars are expensive options. 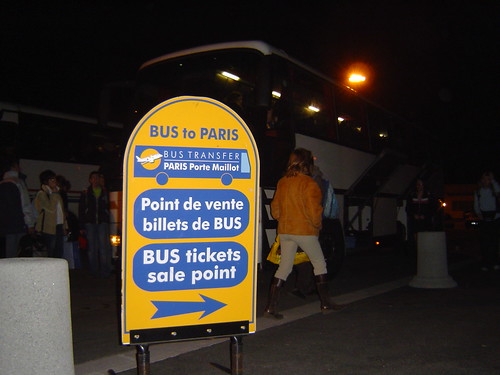 Paris Beauvais Tillé Aéroport (BVA) is a small airport to the northwest of Paris. Paris-Beauvais Airport is popular with low-cost airlines offering cheap flights to Paris. BVA is currently the third-largest airport in Paris and used by low-cost airlines Ryanair, Wizz Air, and Blue Air. Ground transportation is not particularly plentiful but reasonably cheap and similar to that from other airports familiar to Ryanair passengers. Direct shuttle buses from Beauvais airport to Porte Maillot in Paris are usually the best way to travel but trains and shuttle services are also available. Taxis are relatively expensive but car rental is a sensible option if traveling towards destinations to the west of Paris including Normandy. Suntransfers gives online quotations without requiring personal information.

Getting to Paris Beauvais Airport (BVA) by Car

Paris Beauvais Airport (BVA) is around 80 km (50 miles) to the northwest of Paris and easily accessible by car as traffic is relatively light due to the distance from the city. From Autoroute A16, use exit 15 (Beauvais-Nord) towards Amiens and from Tillé follow the “Aéroport” signs.

The shuttle buses between Paris Beauvais Airport (BVA) and Porte Maillot at the edge of central Paris are generally the best and cheapest way to travel from the airport to downtown Paris. Porte Maillot is around a kilometer to the west of the Arc de Triomphe and has good connections to the metro and RER train system.

The shuttle bus traveling time between Beauvais and Porte Maillot is around 75 minutes. Tickets for the Beauvais shuttle bus are cheapest online but may also be bought from the ticket booths at Porte Maillot (Pershing parking) or from the ticket windows / machines at the airport. Tickets bought in person are €17 one-way – no discount options. If bought online, tickets are €15.90 one-way, €29 for return, and €9.90 for children 4 to 11.

Shuttle buses usually depart from Paris Beauvais Airport around 20 to 30 minutes after the arrival of low-cost airline flights. When traveling from Porte Maillot, arrive at the bus at least three hours and fifteen minutes prior to flight departure time. Although the timetables often have flight numbers next to bus times, any traveler may use any of these buses.

Shuttle buses to Beauvais Airport depart from Parking Pershing at Porte Maillot across the road from the Palais des Congres exhibition center and the Hotel Concord Lafayette. Connections to the Metro and RER are convenient as Port Maillot is a stop on Metro Line 1 (towards La Defense / Grande Arche from central Paris) or Neuilly-Porte Maillot on RER Line C (towards Argenteuil or Montigny-Beauccamp).

For most travelers, the shuttle bus from Beauvais Airport to Porte Maillot will be the most convenient way to enter Paris and to connect to the Paris metro or RER train system.  However, for some destinations, the train could also be convenient.

The train is particularly convenient when traveling to destinations to the west of Paris. See Trainlines or Oui.SNCF for timetables that include the bus from the airport to the station.

Taxis from Paris Beauvais Airport to Beauvais train station charge at least €11 during the day and €15 between 7 pm and 7 am and on Sundays. Further charges may be added for extra passengers and luggage. The charge payable is indicated on the meter.

Beauvais Airport (BVA) is currently used only by low-cost airlines flying to Paris. Although the airport itself and the transportation options cannot really compare with other  Paris Airports (Charles de Gaulle & Orly), the three hours fifteen minutes required from Porte Maillot to departure from Beauvais compare reasonably well with the time required to get to and check-in Paris’ other often chaotic and confusing airports.