Itineraries of luxury riverboat cruises on the Saone and Rhone Rivers in Burgundy and Provence usually include stops in Lyon, Mâcon, Chalon, Vienne, Arles, and Avignon. 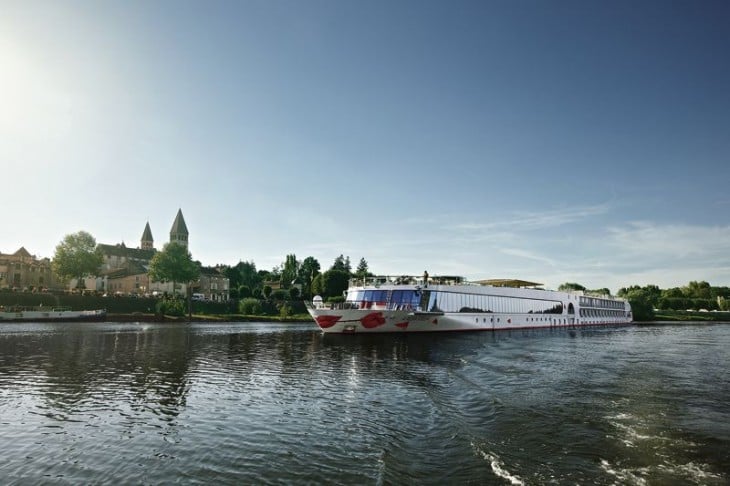 The Rhone (Rhône) and Saone (Saône) Rivers in Burgundy and Provence are the most popular in France for luxury riverboat cruising. Favorite excursions include several UNESCO-listed sites, Lyon, Cluny, the Burgundy Wine Route, wine tastings, Roman monuments, the Pope’s Palace in Avignon, Van Gogh sights in Arles, the wild Camargue, Marseilles, and all the popular sights that made Provence a favorite holiday region.

Cruising on the Rhone and Saone Rivers in France

The source of the Rhone River is in the Swiss Alps and although the Rhone is the main source of Lake Geneva, it is only fully navigable from Lyon southwards. The confluence of the Rhone and Saone Rivers is in Lyon and many riverboat cruises include journeys up the Saone in the standard cruise itinerary.

Rhone cruises are mostly one week. The most popular cruise routes are from Lyon, up the Saone to Mâcon or Chalon-sur-Saône, then down past Lyon to Avignon and Arles (and occasionally all the way to Port St Louis at the Mediterranean Sea) before returning upstream back to Lyon.

Some cruise companies prefer a more relaxed pace with one-way cruises and a return by bus or train if necessary. Extensions with a stay in the Loire Valley, Paris or Provence are often available while some international tour operators offer a second cruise on the Seine River at a discount.

Lyon – the Gourmet Capital of France

Lyon is the most popular port of departure for Rhone and Saone River cruises. This is fortunate for many reasons: Lyon is often considered the gourmet capital of France, the city itself has excellent museums and cultural offerings – part of its old town is on the UNESCO World Cultural Heritage list. Excellent transportation infrastructure allows easy access by road, rail, or plane from the rest of France and most of Western Europe.

Mâcon and Chalon-sur-Saône are the most popular ports of call upriver from Lyon on the Saone River. The aim for excursions from both towns is generally the same: wine and religion. Both towns are closely associated with the wine trade and Burgundy Wine Route – excursions to other towns such as lovely Beaune usually include wine tastings too. Cluny, once a huge religious center but now mostly in ruins, is within easy reach from Mâcon. Tournus has a marvelous Romanesque abbey.

Vienne, just south of Lyon, is famous for its Roman monuments as well as Romanesque and Gothic churches. Orange, further south, has the best-preserved Roman theatre in France.

The two towns Tournon and Tain-l’Hermitage are on opposite sides of the Rhone River and connected by a nineteenth-century pedestrian suspension bridge. Both have impressive old towns with medieval, Romanesque, Gothic, and Renaissance architecture.

Avignon is famous for its Papal Palace and UNESCO-listed old town, and of course its bridge. Avignon is also the departure point for excursions to the famous winemaker Châteauneuf-du-Pape, the magnificent UNESCO-listed Roman aqueduct Pont du Gard, the Luberon Mountains, and in early summer typical lavender Provence landscapes.

Arles calls to mind Dutch impressionist Vincent van Gogh and sites associated with his paintings. Arles also has some magnificent UNESCO-listed Roman and Romanesque monuments. Excursions to the Camargue depart from Arles if Port St Louis is not included in the cruise.

Port St Louis is at the Mediterranean Sea. Popular excursions from here are into the wilderness of the Camargue nature park at the Rhone delta or to Marseilles, France’s second largest city.